Volkswagen CEO has emphasised on the urgency with which the company must move to transform itself and exploring a Porsche listing is a nod to that need and will be a litmus test of sorts for its future.
By : Bloomberg
| Updated on: 19 Feb 2021, 04:40 PM 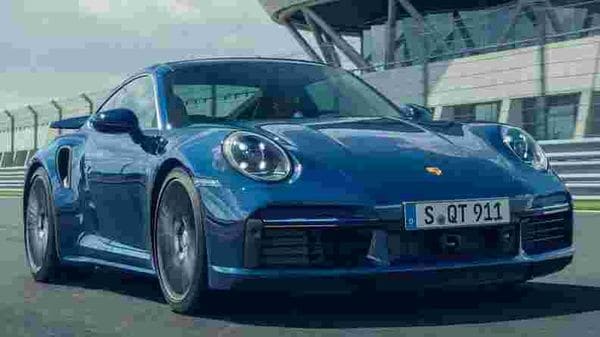 Volkswagen AG’s potential listing of Porsche would be a strategic watershed moment and indicate the unprecedented upheaval of the auto industry may only just be beginning.

The German industrial giant and other incumbents have navigated a global pandemic far better than initially feared, posting robust profits and ample amounts of cash flow. Even still, their valuations are stubbornly low compared to Tesla Inc.

No automotive CEO has lamented this as openly and frequently as Herbert Diess, who routinely makes headlines by emphasizing the urgency with which VW must move to transform itself. Exploring a Porsche listing is a nod to that need and will be a litmus test of sorts for its future.

“There’s a loss of power due to the low valuation, which Diess has complained about in the past, and that’s a significant disadvantage," said Bankhaus Metzler analyst Juergen Pieper. “An IPO of Porsche would be the silver bullet."

VW’s preferred shares rose as much as 1% shortly after the start of regular trading in Frankfurt.

But getting such a deal done won’t be simple because of the institutional hurdles that have stood in the way of other attempts Diess, 62, has made to shake up VW since he became CEO in 2018. Major decisions must be approved by the company’s dominant and oft-at-odds shareholders led by the Porsche and Piech family and German state of Lower Saxony, which tends to side with powerful labor unions.

What Tesla’s meteoric rise has done, however, is send a clear signal to Diess that extreme measures must be taken to get the capital markets to come around to “old-auto" companies. VW’s review of options for Porsche comes on the heels of Daimler AG deciding to spin off its truck unit after years of management opposition to such a move. Its shares have advanced 13% since then and are hovering around a three-year high. Even after the spinoff boost, Daimler is worth about $86 billion, almost matching the valuation of NIO Inc., which brought in roughly one-tenth the revenue last year.

Investors have taken a dim view of carmakers’ ability to keep up with new entrants unencumbered by sprawling production networks centered around combustion engines. Ford Motor Co. put this reality in stark relief this week when it announced plans to go from selling zero electric vehicles last year in Europe to only offering all-electric passenger cars by the end of the decade.

It’s clear VW will spare no expense in its efforts to catch up to Tesla, having budgeted a bigger slice of its 150 billion-euro spending budget for investment in electric cars and software in the next five years. As strong as earnings are now, they’ll be strained by all the costs associated with retiring some operations.

“VW’s balance sheet may not be fit to ensure both accelerated investments in electric and autonomous vehicles and finance an accelerated downsizing of legacy issues," Jefferies analyst Philippe Houchois said in a note.

Proceeds from listing Porsche could go a long way, since its brand power and luxury cachet are on par with Ferrari NV, one of the rare recent success stories among traditional auto companies. Fiat Chrysler spun off the supercar maker in 2015, and the shares have soared 282% since the IPO.

The Porsche 911 alone probably exceeds Ferrari’s earnings before interest, taxes, depreciation and amortization, according to Dean, the Bloomberg Intelligence analyst. It also has a strong electric story to tell, with the Taycan model that debuted in 2019 portending a shift to about half of sales being battery-powered by 2025.

Porsche will add a more spacious version of the Taycan to the lineup later this year, then roll out a battery-powered version of the Macan crossover in 2022 that will be based on a new dedicated EV platform being co-developed with Audi.

The idea of a separate listing for Porsche isn’t new as such. Three years ago, Lutz Meschke, chief financial officer of the sports-car maker, pointed out the value potential during an informal briefing at a research-and-development center outside Stuttgart, only to be reprimanded by VW headquarters.

The opposition inside VW’s boardroom appears to have eased in the wake of an industry transformation many predicted for years but is now is gaining traction at an unprecedented pace. Roughly 10% of passenger vehicles purchased in Europe in the fourth quarter were battery-electric. In December, the share was about 14%.

Still, a Porsche listing is anything but certain. VW embarked on an asset review half a decade ago, aiming for more decentralized and agile reporting lines and simplify its unwieldy conglomerate structure. Results of the reform efforts have been modest so far, with attempts to separate niche brands such as Ducati and Lamborghini undermined by key stakeholders. The downsized 2019 IPO of trucks unit Traton SE was almost derailed by internal wrangling.

“You’d think that the Italian business would have been an easier sell internally, and the fact that that didn’t happen begs the question why Porsche would happen," RBC Capital analyst Tom Narayan said by phone. “It is frustrating for traditional car companies. Tesla can use equity currency to finance growth and grow into their backyard."