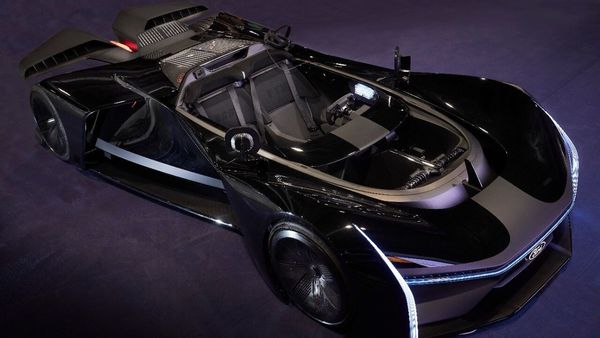 Fordzilla P1 is the brand's first-ever car built digitally without any face-to-face interaction throughout the building process.

Team Fordzilla that converted the Fordzilla P1 Concept into an ultimate racing simulator has now provided the car with new streaming capabilities. Ford's virtual racing car that was created in collaboration with the gamer community will exhibit these new abilities at the upcoming Gamergy 21 event in Madrid, Spain.

Ford has partnered with HP to convert the car into a sim racing space. The company has incorporated three 4k cameras that have been trained on the pedals, steering wheels and face. It also features a 10x4 metres screen. The car is powered by an HP Z4 workstation that the players can control the game with the help of an integrated steering wheel and peddles. The HP Reverb G2 googles will give the player a high-quality virtual reality display as he or she races on the world's best online racetracks.

The automaker has enhanced the lighting of the front as well as the rear that mimics a sleeping person's breath while the concept vehicle is not in use. As soon as a user gets into the cockpit to race, the rear lights synchronise with braking moments during the session to connect outside spectators to the real-time action. The built-in audio system will help to channel the realistic sounds of a race by offering the player aural stimulation.

Fordzilla, the first virtual gaming race car, made its world debut last year in December. It was designed in collaboration with gamers and the automaker. The race car is built around a monocoque structure partially covered by a large, hyper-transparent jet fighter-style canopy, that protects the driver and co-driver. The auto company had stated that Fordzilla P1 is the brand's first-ever car built digitally without any face-to-face interaction throughout the building process.