Ford aiming to triple production of Mustang Mach-E by 2023

Ford CEO Jim Farley stated that the company starting from 2022 will increase production of Mustang Mach-E and can expect to reach more than two lakh units per year for North America and Europe by 2023.
By : HT Auto Desk
| Updated on: 11 Dec 2021, 12:39 PM 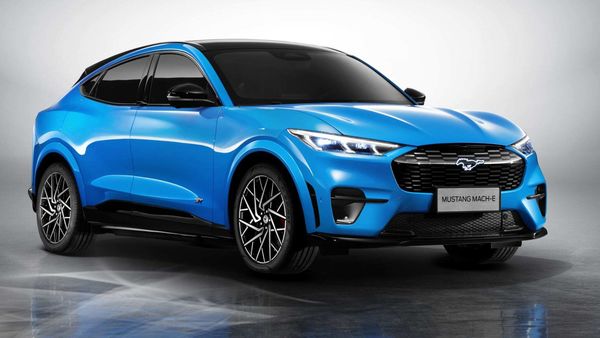 After the announcement of reservations of Ford F-150 Lightning that touched two lakh, Ford Motor Co is now expecting to triple the output of its all-electric Mustang Mach-E SUV to over two lakh units per year by 2023 for North America and Europe.

Ford's chief executive officer Jim Farley took to Twitter to share that though it is hard to produce the Mustang Mach-E fats enough, the automaker is going to give it a try. “So starting in 2022 we are increasing production and expect to reach 200,000+ units per year for North America & Europe by 2023. That's 3x our 2021 output," he stated in his tweet.

It’s hard to produce Mustang Mach-Es fast enough to meet the incredible demand, but we are sure going to try. So starting in 2022 we are increasing production and expect to reach 200,000+ units per year for North America & Europe by 2023. That's 3x our 2021 output. ⚡️⚡️⚡️ pic.twitter.com/xSMbuHxdEN

Ford is currently focusing on increasing its production of electric vehicles as it is pitting itself global EV maker Tesla and also automakers who are stressing on their electrification plans such as Volkswagen and Stellantis.

The automaker also recently stated that it going to double its production capacity of EVs to six lakh per year by 2023. This will include its upcoming Lightning electric pickup truck and E-Transit Van. Farley shared that with this move, the company will become the second-largest electric vehicle producer within the next couple of years. Ford also has massive investment plans up its sleeves that will help the company to expand its electrification goals rapidly as it is aiming to gain the top spot in EV manufacturing.

In an earlier report, the automaker had stated that it is aiming to make 40 per cent of its sales all-electric by 2030 though producing six lakh electric vehicles will roughly contribute only 10 per cent of its entire global production capacity.