TVS to launch complete range of electric two-, three-wheelers in next two years

TVS has engaged a team of over 500 engineers in development of new electric vehicles.The range of EVs will be launched in phases over the next two years including both two-wheelers and three-wheelers in both passenger and cargo vehicle segments.
By : HT Auto Desk
| Updated on: 26 Sep 2021, 11:36 AM 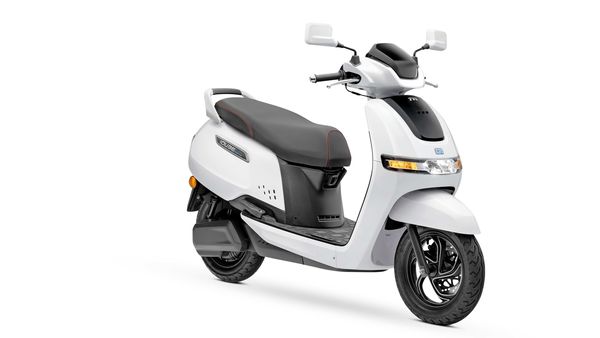 TVS Motor Company plans to launch a complete range of electric two- and three-wheeler in the next two years. The company's electric vehicles will have a power output ranging from five to twenty-five kilowatts as it aims to play a role of prominence in the country's advancing electric vehicle space.

TVS has earmarked an investment of ₹1,000 crore on its EV business but the two-wheeler major will also continue investing on conventional engine vehicles, where it sees growth opportunities. "We are excited about EVs. We're investing in building capability and products to play a leading role in this in the EV space going forward, which we believe will grow fast," the company's Joint Managing Director Sudarshan Venu told PTI.

(Also read | TVS to launch a new scooter on October 7th; likely to be Jupiter 125)

TVS has engaged a team of over 500 engineers in development of new electric vehicles. The range of EVs will be launched in phases over the next two years including both two-wheelers and three-wheelers in both passenger and cargo vehicle segments.

In the next couple of months, the company will also announce an upgrade on the TVS iQube electric scooter. The e-scooter that has a peak power of 4.4 kW and a range of 75 km on a single charge, is currently sold in four cities. "Our plan is to take this nationwide before the end of the fiscal year," Venu said, adding that in September alone, the company plans to expand the availability of the iQube to another 20 cities.

TVS will also look at exporting its electric vehicles. While the company is bullish about EVs, it also believes that the pace of adoption will depend on various factors such as maturity of technology, the improvements in technology and the advances, subsidies and customer acceptance, creation of charging infrastructure, among others.