From mass-market cars to luxurious rides, the future of electric mobility in India will be the central theme at Auto Expo 2020.
By : Shubhodeep Chakravarty
| Updated on: 03 Feb 2020, 11:53 AM 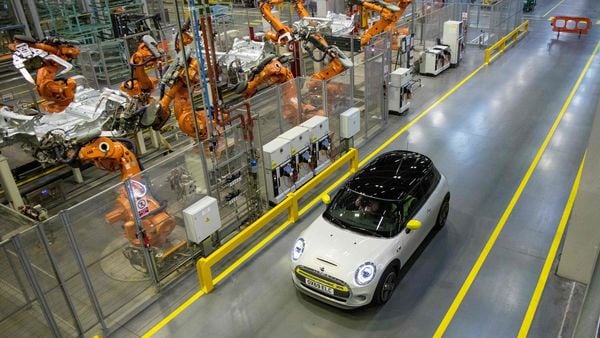 Auto Expo 2020 will give a chance to manufacturers to showcase their vision for the future of electric mobility in India and several OEMs are expected to put on stage their offerings in a bid to either gauge customer reaction or to corner their attention.

Electric mobility has received a major shot in the arm in India over the past several months with a number of product launches at varying price bands. Most of the major manufacturers have also revealed their intentions of bringing their respective EVs in the market in the months to come and will showcase these vehicles - in concept form or production versions - at Auto Expo 2020 which will be organised between February 7 and February 11.

All eyes are likely to be on MG Motor which had recently launched the ZS EV in India at a starting price of ₹20.88 lakh (ex showroom). ZS EV became the second offering in India from MG Motor after the successful launch of Hector SUV in 2019. The company has also worked on trying to create a supporting infrastructure around the ZS EV and offers an eight-year warranty on the 44.5 kWh battery pack that is IP67 certified for protection against water and dust. A complimentary AC charging unit will be installed at the preferred premises of each customer while DC fast chargers are available at 10 MG dealerships across the country. Dealerships in satellite cities and towns will also have a charge set up while mobile charging units will also be deployed for 24x7 emergency services.

The ZS EV boasts of SUV proportions, a premium cabin - coupled with a skyroof which covers 90% of the vehicle's roof and a PM 2.5 filter, and a claimed range of around 340 kilometers on a single charge. The car has dimensions of 4314 mm, 1809 mm, 1620 mm (LxWxH) which makes it longer, wider and taller than the Kona from Hyundai.

Vying for attention would also be the recently launched Nexon EV from Tata Motors. With prices starting from ₹13.99 lakh (ex showroom). The car comes in three variants - XM, XZ+ and XZ+ LUX, and is powered by the in-house Ziptron technology, which is a modular electric powertrain platform comprising a 129 PS permanent magnet AC motor powered by a 30.2 kWh dust and waterproof lithium ion battery.

Maruti Suzuki, India's largest car maker, will also showcase an electric SUV concept. Called CONCEPT FUTURO-e for now, this vehicle draws inspiration from geo-organic structural forms occurring in nature. While not much is known about the to-be-launched car, it will sport futuristic light signature in front and rear, according to Maruti.

Mahindra & Mahindra will also bring to the stage its lineup of electric cars and will showcase electric versions of their highly popular XUV500, XUV300 and KUV100. Mahindra will also showcase new futuristic concept, production ready electric vehicles and solutions. Mahindra claims this is one of the widest ranges of EVs displayed by an Indian automaker at this year’s Auto Expo.

Luxury car maker Mercedes-Benz is in electric mode as well and will showcase EQC EV at Auto Expo. Mercedes says it will only be the first of many electric offerings as it pushes itself as a key player in the field of clean mobility.

A number of players in the two-wheeler segment will also try to woo crowds with their respective electric offerings. This includes Okinawa's Maxi Scooter and Hero's electric bike.