42-year-old Gattipally Shivpal has been nominated for the Limca book of records for his achievement of becoming the shortest man to earn a driving licence in India.
By : HT Auto Desk
| Updated on: 06 Dec 2021, 01:18 PM 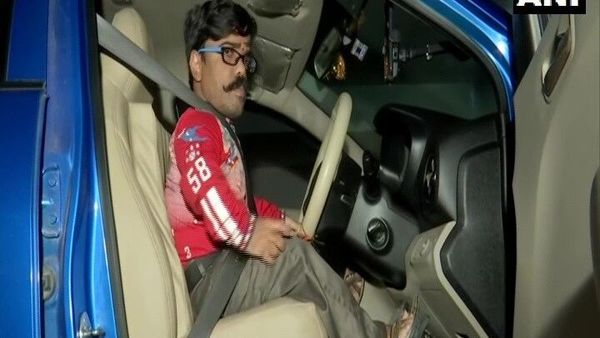 A 42-year-old man from Hyderabad has become India's shortest person to earn a driving licence. Gattipally Shivpal, who stands about three feet, has beaten all odds to get the licence from Karimnagar district in Telangana.

Shivpal shared his journey to become India's shortest man to earn a driving licence. He said a video uploaded by a man from US on internet helped him understand the modifications he required in a car to make it drivable for a person of his height. The changes he made to his car is to lift the seat and other equipment up to his height. Later, Shivpal took help from one of his friends to learn how to drive.

Getting a driving licence was also no short of a struggle for Shivpal. The transport department had certain guidelines for height which stopped him from getting a licence. After appealing to the authorities, Shivpal obtained a learner's license for three months and then received a permanent license post a driving test with an official sitting beside him.

Shivpal now plans to start a driving school next year for physically handicapped people. He is currently working at a private firm. His journey has been of a struggle which also extended to his travelling too. With no licence, Shivpal could not afford a vehicle of his own. He had to rely on public transport to move around.

"To commute, whenever I booked cabs, they used to cancel the ride. When I used to go out with my wife, people passed bad comments. That's when I decided to own a car and ride it," Shivpal said. "Everybody has some fault in them, but finding your hidden talents and achieving them is what matters," he added.