Since its launch on October 2, Mahindra Thar SUV clocked more than 20,000 bookings.Thar's success reflects on Mahindra and Mahindra's rise in passenger vehicles sales too.
By : HT Auto Desk
| Updated on: 01 Dec 2020, 04:08 PM 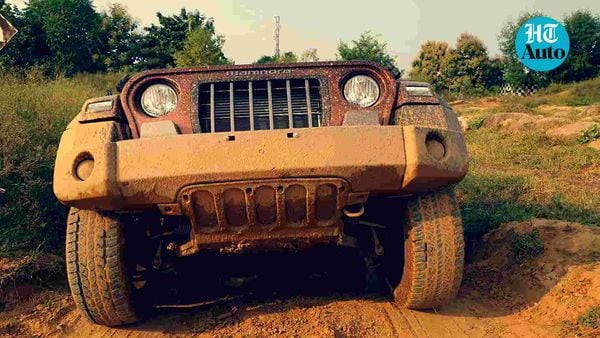 2020 Mahindra Thar has been a runaway hit for the Indian car maker.

Mahindra and Mahindra has announced that its overall auto sales for the month of November 2020 stood at 42,731 vehicles. It is a rise of around 4 per cent compared to November last year when the carmaker could manage to sell 41,235 units.

November, considered the peak of the festive season, has been good for Mahindra since a bit of a slump in the previous month. In October, Mahindra and Mahindra had reported a 14.52 per cent decline in total sales to 44,359 units in October. The company had sold 51,896 units in the same month last year.

While the exact Thar SUV sales figures are not out yet, clocked more than 20,000 bookings in the first month itself. The bookings for some of the lower-spec AX Std and AX variants have been stopped till May next year. Currently, buyers of Mahindra Thar SUV are facing more than seven months of waiting period.

In an effort to cut down on the long waiting period, Mahindra has decided to ramp up production of the new Thar SUV from 2,000 to 3,000 units per month from January next year.

Veejay Nakra, Chief Executive Officer, Automotive Division at Mahindra and Mahindra said, “At Mahindra we are happy to achieve strong double digit growth in SUVs during the month of November, aided by a robust festive demand for all our products. Given strong rural growth and signs of improvement in economic activities, we are hopeful to see this positive momentum continue post the festive season."

Elaborating further on Pick-Ups and Commercial Vehicles performance, Nakra said, “We have witnessed double digit growth in Pick-ups. Our Small Commercial Vehicle brands Bolero Pik Up, Supro and Jeeto continue to see strong demand in both rural and urban markets."