The 2021 Tesla holiday software update also brings a customizable app launcher, new games and some simplified controls, among others.Updates also include cold weather improvements which allow owners to precondition the cabin from the Tesla app when the battery is low.
By : HT Auto Desk
| Updated on: 21 Dec 2021, 03:59 PM 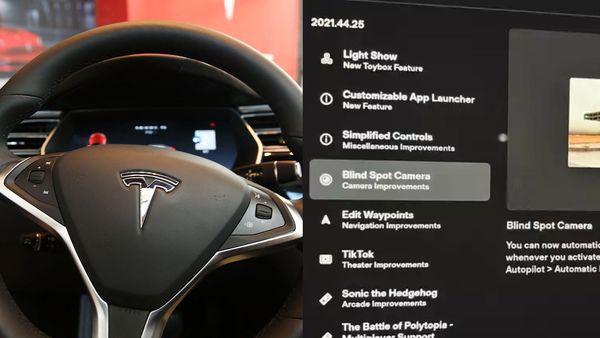 Tesla has started rolling out its ‘holiday’ software update that comes as a bundle of various new goodies and features for the owners of electric vehicles, Electrek reported. Though the EV maker frequently pushes out software updates, it is also known for bundling up some fun features for its bigger ‘holiday update’ towards the end of the year.

The latest 2021 holiday update (version 2021.44.25) brings TikTok integration to the Tesla Theater, a customizable app launcher, a dark mode for its display screen, new games and some simplified controls, among others. The update also brings Light Show to other Tesla models, which was earlier introduced for Model X back in 2015. The feature can be accessed through Toybox icon and enables vehicles to dance to a choreographed light show any time of the year.

The customizable app launcher allows owners to customize the menu bar in their infotainment systems. Further, the infotainment display has been simplified bringing focus on navigation, media and other common primary controls. The addition of blind spot camera enables owners to see the live camera view of their blind spot whenever they activate the turn signal.

The update also brings an option to edit waypoints which allows drivers to easily reorder or add multiple destinations to the route with updated arrival times. New game additions include Sonic the Hedgehog and the The Battle of Polytopia with multi-player support.

Some other updates include cold weather improvements which allow owners to precondition the cabin from the Tesla app when the battery is low on charge. First row seat heaters can now automatically regulate seat temperature based on the cabin environment and the climate control can set temperature. Owners can also now directly delete dashcam video clips from the touchscreen.