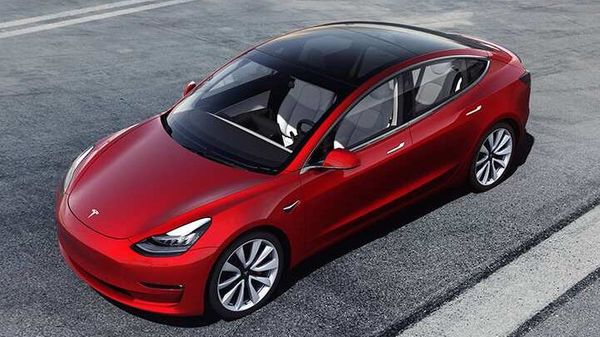 Tesla is selling 2021 Model 3 sedans on its website that have been used as demo cars. These Tesla Model 3s are being sold with battery packs dated back to 2017. They also come offering around 12 per cent lower range as compared to the range mentioned by EPA for the Model 3 sedan. As the automaker claims in its official disclaimer, the range figures may be up to 12 per cent lower due to the battery age.

Tesla also explains why these particular Model 3 sedans offer a lower range than the other Model 3s. A disclaimer by the automaker on its official website says “This vehicle was built with a battery pack manufactured as early as 2017." The automaker warns that as a result of their age, their range has diminished.

The electric batteries predominately run on lithium-ion batteries that tend to degrade with time, impacting the range and charging time as well. Tesla is not the only automaker whose lithium-ion batteries degrade with age. According to a study by Geotab, the state of health of an electric vehicle's battery, its effective kWh size, degrades by around 2.3 per cent every year, irrespective of whether it is being used or not.

It is not clear yet why the US-based electric car major has decided to use its old stock of batteries in the 2021 Model 3 cars. The production of Tesla Model 3 sedans was impacted before due to some reasons, which the Tesla CEO Elon Musk dubbed as production hell. It might be those batteries that were not sold earlier are now being used in new Tesla cars. However, the carmaker is tight-lipped about the actual reason.

Tesla usually offers an eight-year 1000,000 miles warranty for its vehicles with a minimum of 70 per cent retention of battery capacity. It is not clear if the Ev company will extend that or not for the new models.