According to a report, several employees at Tesla's Fremont facility have tested positive for Covid-19 and have been asked to stay at home.Elon Musk had previously fought a bitter verbal battle against health officials in a bid to get the plant back to operations.
By : HT Auto Desk
| Written By : Shubhodeep Chakravarty
| Updated on: 11 Jun 2020, 11:08 AM 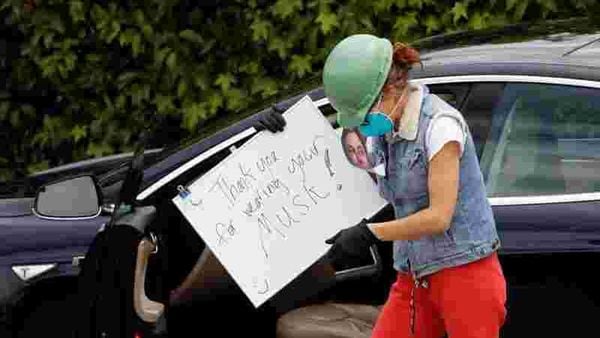 Elon Musk and health officials in the California county where Tesla has an assembly plant were engaged in a bitter verbal duel over plans and schedule for re-opening the facility amid Covid-19 pandemic. The Tesla CEO in early May had courted arrest by opening the facility without approvals and once US President Donald Trump stepped in, health officials relented after underlining safety guidelines. All of this may potentially flare up once again as several workers at the Fremont facility have now tested positive for Covid-19.

The Washington Post reported that at least two workers at the plant had confirmed that several colleagues have tested positive for Covid-19 and were told to stay at home by supervisors here. The facility was officially permitted to resume operations from May 18 and report any positive cases, apart from maintaining social distancing norms inside. But since the plant had already been operational for a week before Tesla and officials of Alameda county came to an agreement, chances are that the virus could have also spread then without the company under any obligation to report.

If the situation becomes even more grim, there is a strong suspicion that health officials could move in to force the plant to suspend operations. And such a move will almost certainly infuriate Musk who has previously called the panic around Covid-19 'dumb', questioned logic behind shutdowns - terming lockdown as 'fascist', and in a recent email to employees, underlined the need to ramp up production of Model Y which has reportedly suffered delays due to the previous lockdown.

Musk has previously threatened to shut the Fremont plant and take it to another state. Tesla officials have reportedly also told employees here that they can choose to not report from work.

But there is a catch.

CNBC reported in May that the company's HR told employees that they can lose unemployment benefits if they are called to work but they choose to stay at home.

There have also been numerous reports in the US media about the working conditions inside the plant - from closed spaces to recirculated air.

There are around 10,000 employees at Tesla's Fremont plant which makes Model S, X, 3 and Y. A Tesla plant has several benefits which include revenue and employment generation. During and in the immediate aftermath of Musk vs California tussle, many other states had started wooing Tesla. Texas was one such state while the Oklahoma city of Tulsa even repainted an iconic statue to make it resemble Musk.

A figure that divides opinions, Musk has been at the epicenter of the entire controversy and is unlikely to accept work suspension once again, if it does come to it.