Home Auto News 'come Back To Work Or Else...': Tesla Issues Stern Warning At California Plant

'Come back to work or else...': Tesla issues stern warning at California plant

A report in UK's Guardian quotes certain employees of Tesla's Fremont plant as saying that they are being intimidated and threatened to report back to work.Tesla has reportedly shot off an email to employees that they would be put on unpaid leave if they don't come to work.
By : HT Auto Desk
| Updated on: 14 May 2020, 10:10 AM 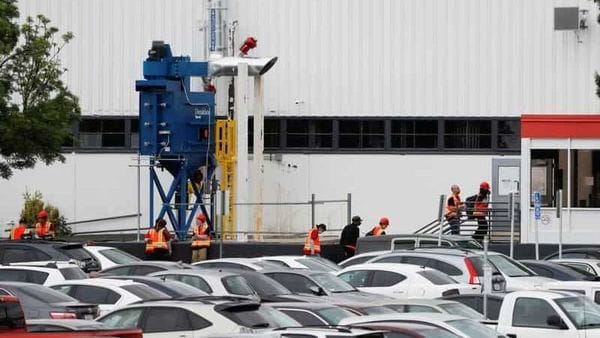 For weeks Tesla and local authorities in California's Alameda county were engaged in a bitter tussle over when the company's assembly plant in Fremont could restart operations. With the threat from Covid-19 pandemic forcing health officials to assume a strict approach, CEO Elon Musk even courted arrest by saying that the plant would be opened regardless of permission and he is ready to move it out of California if such a need arose. Such was the intensity of the feud that US President Donald Trump stepped in and asked for permission for restarting the plant be given. And it eventually was.

Now that local authorities have backed down and said that the Tesla facility can reopen provided certain safeguards are met, the company is on the fast track of preparations for life post weeks of lockdown. For employees who may still be concerned about safety protocol and their health since the pandemic is far from over, Tesla has issued a strict warning. "If you do not feel comfortable coming into work, you can stay home and will be on unpaid leave. Choosing not to report to work may eliminate or reduce your eligibility for unemployment depending on your state’s unemployment agency," Tesla reportedly informed employees in an email communication, according to the Guardian.

The Guardian report also mentioned certain employees who are reluctant to get back to work just yet but have said they are being compelled to. "They’re trying intimidation and threatening tactics, saying if you don’t show up there’s no more unemployment. I will not be there, as well as a number of other people, because it’s still shelter-in-place. Until Alameda county health officer Dr. Erica Pan says otherwise, I won’t be there," an unidentified employee was quoted as saying.

US media reports suggest that the desperation behind restarting operations at the Tesla assembly plant here stems from production and delivery timeline pressures which have suffered greatly owing to the lockdown. And while Musk has called the lockdown 'fascist' in the past and Trump continues to make a case for opening up the US economy, there are many others who urge caution, including Anthony Fauci, the US government's top infectious disease expert who recently told the Senate that 'little spikes' could become outbreaks if federal guidelines were not followed. Hours later, Trump openly expressed his views to the contrary.