Donald Trump says California must allow Tesla plant in Fremont to resume work.Elon Musk has courted arrest by reopening the facility without necessary approval or directives.Authorities reportedly want some more time to monitor health situation due to Covid-19.
By : Shubhodeep Chakravarty
| Updated on: 13 May 2020, 02:06 PM 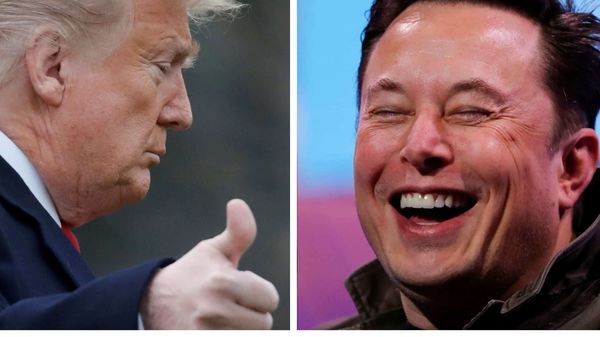 Donald Trump's support on Twitter will come as a shot in the arm for Elon Musk who has been battling California authorities in a bid to get Tesla plant up and running once again.

US President Donald Trump stepped in to the ongoing tussle between Elon Musk and authorities in California's Alameda County and said that the Tesla plant in Fremont ought to be permitted to resume operations. Musk has been on the offensive in recent days and has even courted arrest by reopening the plant in a unilateral decision.

Tesla's car assembly plant in Fremont, among many other establishments, were ordered to suspend operations in March in order to check the spread of Covid-19 pandemic. Musk has been vocally, often aggressively, against the idea of operations being suspended and while the company complied, he has been gunning for shutters to be rolled up once again.

Trump has backed Musk's demand to get the plant up and running once again. "California should let Tesla & @elonmusk open the plant, NOW. It can be done Fast & Safely!" he wrote on the micro-blogging site. Musk replied what a 'Thank you!".

California should let Tesla & @elonmusk open the plant, NOW. It can be done Fast & Safely!

Trump's backing on Twitter would come as a shot in the arm for Musk who has reportedly been in talks with Tesla Governor Greg Abbott to possibly move the plant somewhere in the Lone Star state, according to Reuters. "I've had the opportunity to talk to Elon Musk and he's genuinely interested in Texas and genuinely frustrated with California," Abbott was quoted as saying. (Full report here)

The Fremont plant itself, after wearing a deserted look for weeks, was a hustle and bustle of activity on Tuesday with local media reporting that many workers were seen driving in and out of the premises and trucks rolling in and out. A woman carrying a sign outside Tesla's factory in Fremont as work appeared to resume here after several weeks. (REUTERS)

This has not gone down well with county health officials who have once again underlined that the plant cannot operate without its approval.

Musk in the past has termed lockdown as fascist and referred to the 'panic' around coronavirus as 'dumb.' He has said that businesses are getting hurt due to containment measures but health officials in Alameda County maintain that manufacturing units have been asked to wait for at least a week more to observe infection and hospitalization rates.

While there has been no comment from local authorities on either Musk's reported talks with Texas, his courting arrest or Trump's backing of the Tesla CEO, California Governor Gavin Newsom may now feel the pressure to let businesses and manufacturing facilities resume work.