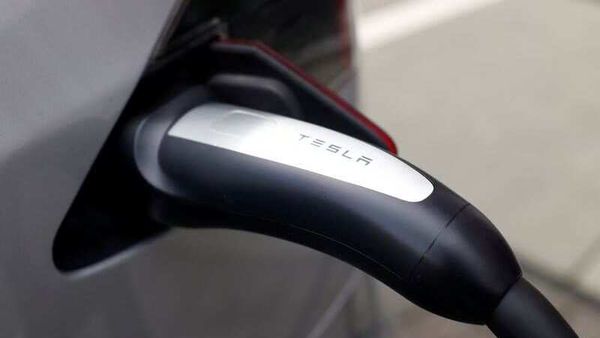 Tesla's stock has risen in recent sessions ahead of the event scheduled for Tuesday after the close of trading. Many analysts expect Musk to unveil battery improvements extending the Palo Alto, California automaker's lead over General Motors, Volkswagen and other rivals.

Tesla options are pricing in a stock move of around 17% - up or down - by Friday, said Christopher Murphy, co-head of derivatives strategy at Susquehanna Financial Group.

Tesla's stock has more than made up for a historic slump on Sept. 8 after it was unexpectedly left out of a group companies joining the S&P 500, and it has surged over 400% year to date. Still, Tesla remains below its Aug. 31 record high close.

Analysts, including those with neutral ratings on Tesla's stock, expect major advances from Musk.

"We (and the market) expect the announcements to be significant, cementing Tesla's cost and technology lead for several more years," UBS analyst Patrick Hummel wrote in a client note on Sept. 11, adding he expects a new dry electrode cell technology to help speed manufacturing and lower costs.

Batteries make electric cars cost more than gasoline-powered ones, so the ability to produce low-cost, long-lasting batteries could put Tesla cars on a more equal footing and help usher in mainstream acceptance. 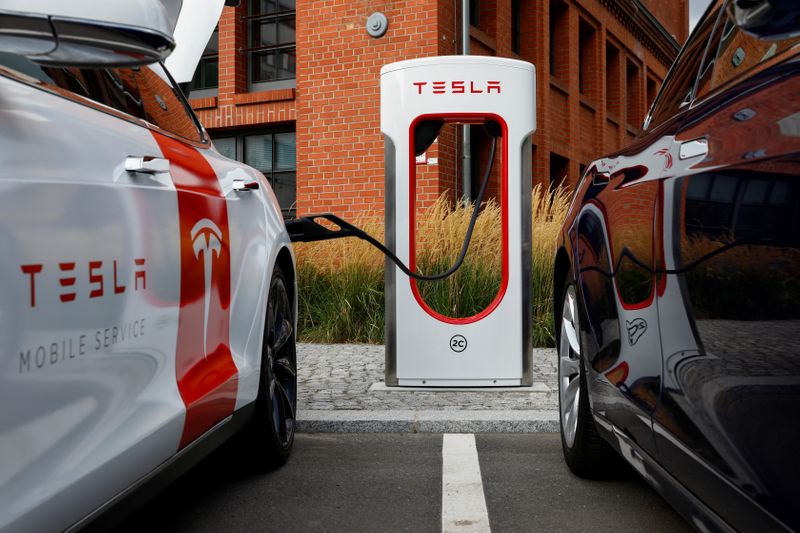 A Tesla car is seen at the V3 supercharger equipment during the presentation of the new charge system in the EUREF campus in Berlin, Germany (REUTERS)

Musk in August suggested on Twitter that Tesla may be able to mass produce batteries with 50% more energy density in three to four years, which could even enable electric airplanes.

A much hyped "Autonomy Investor Day" in April last year failed to stop a five-month decline in the company's stock. At that 2019 event, Musk said that Tesla robotaxis with no human drivers would be available in some U.S. markets in 2020, continuing a habit of making bold pronouncements and setting deadlines Tesla does not meet.

"Even if Tesla provides overly ambitious aspirations at Battery Day, we nevertheless expect the event to reinforce Tesla’s long-term growth narrative – central to the stock, while also reinforcing investor perception that Tesla is ahead of other automakers," wrote Credit Suisse analyst Dan Levy in a Sept. 16 research note.

New battery cell designs, chemistries and manufacturing processes are just some developments that would allow Tesla to reduce its reliance on its long-time battery partner, Japan’s Panasonic.

Cowen analyst Jeffrey Osborne said in a recent client note he expects Tesla to announce it is bringing battery cell production in-house, and for Musk to focus on work done on "million mile" batteries.

Eight Wall Street analysts recommend buying Tesla's stock, while 10 recommend selling and another 15 are neutral. The median average price target is $305, which is 31% below Friday's close.

Underscoring many investors' concerns that Tesla's stock has become overvalued, it is trading at about 150 times expected earnings over the next 12 months, about double its five year average, according to Refinitiv.