Battery maker LG Chem has said it expects sales to grow thanks to greater EV shipments for European OEMs and increased sales for cylindrical EV batteries.
By : Reuters
| Updated on: 31 Jul 2020, 10:34 AM 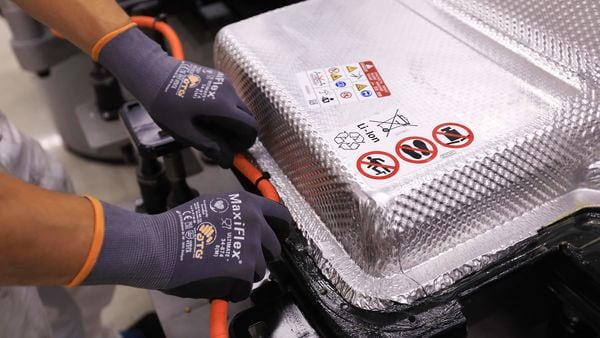 South Korea's LG Chem, an electric vehicle battery supplier for Tesla, Volkswagen and other automakers, said on Friday it expects rising sales in the current quarter after its battery business swung to an operating profit.

"Sales are expected to grow and profitability is expected to remain robust thanks to greater EV shipments for European OEMs and increased sales for cylindrical EV batteries," LG Chem said, referring to original equipment manufacturers or automakers.

LG did not mention Tesla, but it supplies small cylindrical-type batteries for the carmaker's China models.

LG Chem currently supplies batteries to Tesla from its China plant. It plans to start producing batteries for Tesla at a domestic factory this year after the US electric carmaker raised orders to cope with demand, a person familiar with the matter previously told Reuters.

Tesla CEO Elon Musk has said the company would expand its business with Panasonic, CATL and LG Chem, saying the real limitation to Tesla’s growth is battery cell production at an affordable price.

LG Chem's energy solutions division, which makes batteries for smartphones and cars, swung to an operating profit and saw revenue increase, partly thanks to improved productivity at its Poland factory which caters to European customers like Volkswagen Audi.