Home Auto News Tesla's Self Driving Ambitions Get A Reboot: All You Need To Know And Understand

Tesla's self-driving ambitions get a reboot: All you need to know and understand

Tesla has been looking to lead the way in full self-driving capabilities.Autonomous vehicles could be a major source of revenue for Tesla.Tesla says its system is only capable of functioning on highways.
By : Reuters
| Updated on: 22 Oct 2020, 07:43 AM 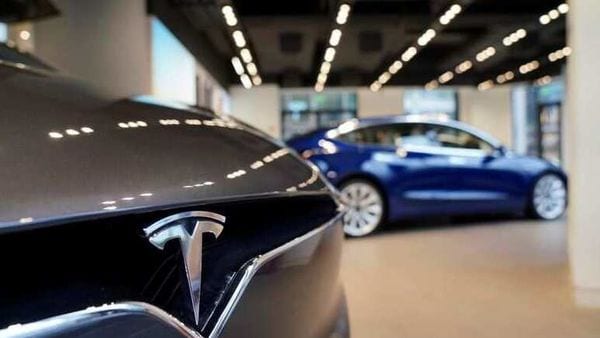 Tesla Inc Chief Executive Elon Musk on Tuesday evening tweeted that the electric car maker will be rolling out a new version of its Full Self Driving software, the latest attempt by the California-based company to tout autonomous driving.

Tesla's "Full Self Driving" software would be an important source of revenue, once it is fully deployed. Tesla owners have paid $8,000 up front in hopes of eventually receiving the upgrade. In the second quarter alone, Tesla recognized $48 million of FSD deferred revenue. Tesla reports third-quarter results after the New York market closes on Wednesday.

WHAT DOES 'SELF-DRIVING' MEAN?

The Society of Automotive Engineers (SAE) and most automakers define five levels of automation standard-for-self-driving-vehicles: Levels 0 to 2 include features such as automated braking systems (ABS) and lane departure warnings that need to be supervised by a driver. Liability for vehicle behaviour rests with the vehicle owner rather than the manufacturer.

(Related read: Driver in passenger seat, Tesla Model X speeds down road on its own)

Several automakers say they are ready to deploy Level 3 systems that automate highway driving, but require drivers to remain ready to take control.

No. Tesla has said its system is only capable of functioning on highways.

Tesla's Autopilot has been criticized by the National Transportation Safety Board for allowing drivers to turn their attention from the road, leading to deadly accidents.

WHEN WILL TESLA LAUNCH ROBOTAXIS?

In April 2019, Musk said fleets of self-driving robotaxis would be on roads by 2020.

On Sept. 22, 2020, during the company's "Battery Day" presentation, Musk admitted that Autopilot software was undergoing a "fundamental rewrite."

WHAT SYSTEM DOES TESLA CURRENTLY USE? 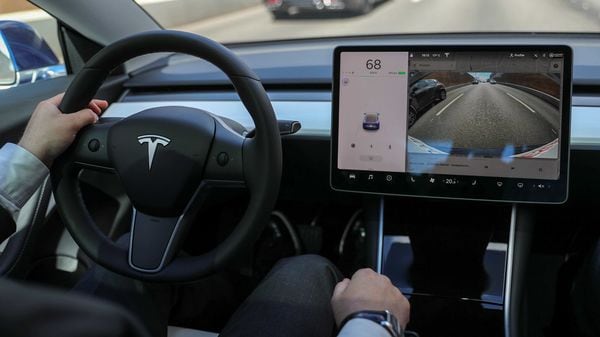 Tesla uses eight cameras, radar and ultrasonic sensors to enable its vehicles to navigate streets. It opted against using Lidar, a sensor that Audi and Mercedes say is vital to corroborate information gathered by cameras. "Anyone who is relying on Lidar is doomed. Doomed," Musk said last year.

HOW IS SELF-DRIVING TECHNOLOGY REGULATED?

Technology to automate highway driving, parking and navigation in stop-and-go traffic is being deployed in an absence of industry-wide standards.

Article 8 of the 1968 Convention on Road Traffic states: “Every driver shall at all times be able to control his vehicle or to guide his animals."

Lawmakers across the globe have worked to incorporate a little-noticed amendment to the United Nations Convention on Road Traffic agreed in 2014, into national rules. This would let drivers take their hands off the wheel of self-driving cars.

The US states of Nevada and Arizona passed laws to allow test drives of autonomous vehicles there. Alphabet Inc's Google tested a car in Nevada in 2012 and in October said it will start offering rides to the public in robotaxi minivans in Phoenix.

Mercedes-Benz is now getting ready to launch a Level 3 system in Germany next year, once German law allows drivers to take their hands off the wheel for extended periods of time.