Home Auto News Driver In Passenger's Seat, Tesla Model X Speeds Down Road On Its Own

Driver in passenger's seat, Tesla Model X speeds down road on its own

Tesla cars with Autopilot functionality promise a high level of safety but drivers are required to pay attention at all times.Many videos of Tesla drivers putting the functionality to the test have emerged in recent times - not all are legal.
By : HT Auto Desk
| Updated on: 01 Oct 2020, 10:09 AM 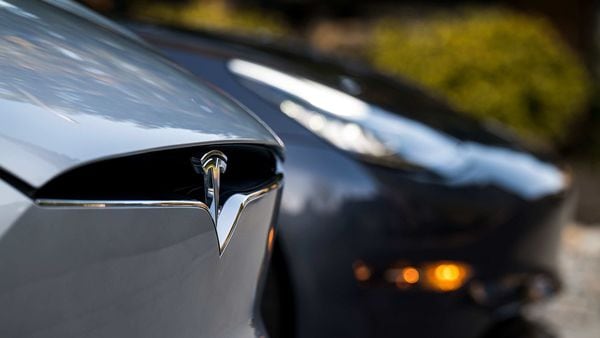 In yet another potentially risky way of putting Tesla's Autopilot mode to the test, a video has emerged on social media in which a Model X car is seen speeding down what appears to be a motorway in North Carolina with the only occupant in the car sitting in the front passenger seat. While videos of drivers taking their hands off of Tesla's steering wheel has been rather - and dangerously - common, this is as almost as bizarre as another recent video of a Tesla driver taking a nap while on the move.

Tesla's Autopilot mode promises to usher in cars that can negotiate roads and traffic independently but US laws mandate a driver to have his hands on the wheel and pay attention at all times. Forget about having hands on the wheel, the driver in North Carolina was not even in the main seat. Instead, he is in the front passenger seat, recording how his vehicle is cruising down on its own accord.

The speedometer on the car, seen in the video, shows the Model X rushing at around 52 miles per hour (around 83 kmph) which may not be too fast by US standards but that the man was not even in the driver's seat has raised many eyebrows and a lot of concern, yet again.

While advocates of autonomous driving functionality, led by Tesla CEO Elon Musk, claim that the feature significantly reduces the chances of an unfortunate accident by removing possibilities of human error, there have been accidents involving Tesla vehicles in the recent past where the Autopilot feature has bee found to be at fault.

At a time when technology continues to be to assist humans and not replace them, the debate around autonomous vehicles continues. Tesla maintains that at present, driver supervision is required. "Current Autopilot features require active driver supervision and do not make the vehicle autonomous," the company's website states. "Autopilot advanced safety and convenience features are designed to assist you with the most burdensome parts of driving. Autopilot introduces new features and improves existing functionality to make your Tesla safer and more capable over time."

Yet, several videos of drivers letting go off of the steering wheel - some even facing legal action for it, have emerged. In what could raise further concerns, Tesla is promising to add gaming functionality and the ability to make video calls while on the move to its cars in coming times. It may seem like self-driving or self-monitoring cars are nearer than previously thought, it remains to be seen if these vehicles indeed promise a very high degree of safety.