The Tesla Model 3 owner took to Twitter to share the story of his accident with a Jeep Wrangler.It was found later that the driver of Jeep Wrangler was in a drunk state.
By : HT Auto Desk
| Updated on: 29 Jun 2021, 02:43 PM 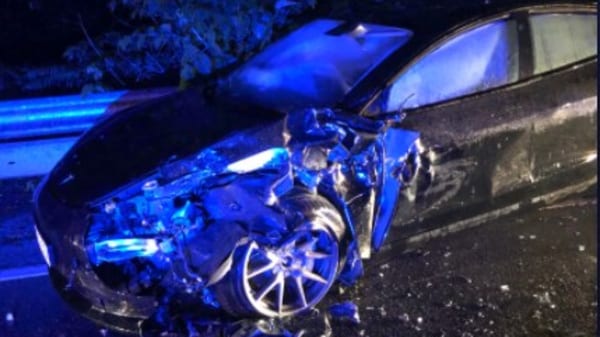 A Tesla Model 3 owner recently shared his story on Twitter about an accident in which he claimed that his electric car saved him, his pregnant girlfriend and their son's lives. The Tesla owner with the username Marco DZO on the microblogging site shared a detailed thread covering the key aspects of the accident. He also shared a video of the crash.

The Twitter user said that his group was driving on a rainy night when a Jeep Wrangler came straight from the opposite towards them. However, he quickly steered away to avoid a head-on collision but the damage was still severe. The owner said in one of his tweets that for a few minutes, all of them were in a state of shock. Fortunately, he mentioned, that after they came out of the electric vehicle, they found that they all sustained minor injuries and were safe.

A short thread to tell you how our Model 3 saved not only my life, but my pregnant girlfriend Laura and our 4yo son Andrea. #TeslaSavesLives @elonmusk @Tesla pic.twitter.com/L8XEg9S8wY

After police officials arrived, it was found out that the driver of the Jeep Wrangler was in a drunk state. The Tesla owner also shared a short clip where he said that the camera at the rear of the Model 3 already detected the impending crash by flashing the turning lights. He said in a tweet, "We were at a standstill when the car hit us and that probably saved us from a more than dramatic situation. So I can't be thankful enough to @Tesla for building awesome cars with build quality and safety features that really save lives."

(Also read | Tesla to recall over 285,000 cars in China due to faulty autopilot)

Amid reports of crashes that also led to causalities, Tesla owners and enthusiasts have maintained that the Tesla EVs are the safest. Recently, another video that showed a Tesla stopped after it detected an upcoming crash on a highway went viral. However, it was shot in 2016.