Watch a Tesla EV anticipating a collision with sheer accuracy

The video of the Tesla X Model avoiding collision was shot in 2016 and is currently being shared widely again.Tesla has recommended that the autopilot feature still needs assistance.
By : HT Auto Desk
| Updated on: 21 Jun 2021, 05:07 PM 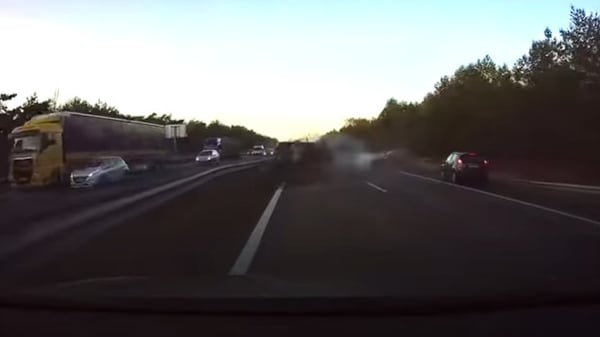 Tesla has been getting some negative attention for its autopilot feature that has allegedly contributed to instances of car crashes, some even fatal. However, these incidents have not deterred Tesla enthusiasts. A video shot in 2016 went viral again where a driver is seen exploring the autopilot mode which anticipates a road crash with utmost accuracy. However, the driver is seen behind the steering wheel during this experiment.

In the video, one can see the electric vehicle reacting automatically to the impending danger and then stopping short of a collision that took place just a few metres away. One can see the Tesla pulling back when a red hatchback collided with another car. The short clip was posted by Frank van Hoesel on Twitter in which he drove his Tesla Model X that managed to avoid the collision.

Many have been posting videos and pictures of Tesla's autopilot mode where one can find the drivers in the passenger seat or backseat. The electric vehicle company has recommended using this feature with care and only when someone is in the driver's seat so that he or she can control the electric car if the autopilot feature malfunctions. The EV maker's website clearly states that the current autopilot feature requires active driver supervision.

Tesla recently launched its S Plaid model and the company claims that it is the fastest car in the world as it can touch 100 kmph in under 2 seconds. With 1,020 horsepower, this electric car has a top speed of 321 kmph. Tesla chief Elon Musk has said in the launch event that it is faster than a Porsche, safer than a Volvo.