The Tesla super-charging network is located between the Bay Area and Los Angeles – two of the company's biggest markets in the world.
By : HT Auto Desk
| Updated on: 15 Nov 2020, 02:49 PM 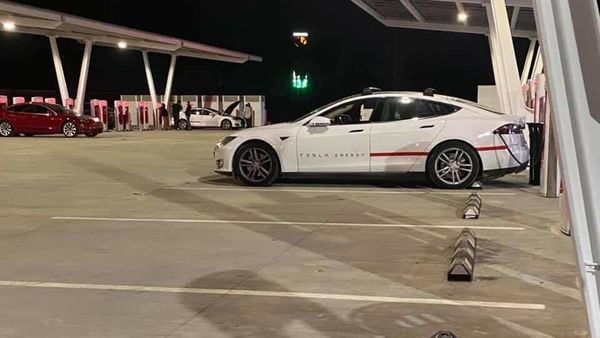 Tesla is adding more electric vehicles to the roads at a fast pace and to support its ecosystem, the EV maker has also been quickly expanding its Supercharger network. The company recently opened the world’s new largest Supercharger station with 56 charging points.

Pictures of the charging station were posted on Twitter by Tesla Owners East Bay page showing EV owners charging their cars at the station.

The charging network is located between the Bay Area and Los Angeles – two of Tesla's biggest markets in the world, as per Electrek. Supercharger networks enable fast-charging for long-distance travel.

The supercharging station location also has a convenience store and a restaurant that Tesla owners can use while their cars are getting charged. The EV maker has also built solar canopies providing shade to the charging vehicles while also helping power the Supercharger station.

👀👀 56 V3 Superchargers confirmed!! Club Member Teresa K. With the hot 🔥 scoop! Thank you @elonmusk and the @tesla supercharger team for working so hard to accelerate the transition and building out this amazing network for us! ⚡️🔋🇺🇸 👏🏼👏🏼👏🏼 pic.twitter.com/HkcccK8ZjM

(Also read | Tesla could roll out half a million EVs from China in 2021: Report)

The EV maker has a few Supercharger stations in China with around 50 charging stalls but the latest station with 56 stalls is a new record for the company. The company also recently announced the deployment of its 20,000th charger in the Supercharger network.

Along with Supercharger networks, the company has also been expanding its network of service centers and mobile service fleet to keep up with its growing fleet. It reportedly plans to add at least one new service center every week in 2021.

Tesla CEO Elon Musk has been saying that the company will accelerate the deployment of the Supercharger V3 stations, which started last year, as reported by Electre