Elon Musk says two tests confirm he has Covid-19 but two more tests state he does not.Elon Musk had previously questioned the stay-at-home orders in many parts of the US.
By : HT Auto Desk
| Updated on: 13 Nov 2020, 04:11 PM 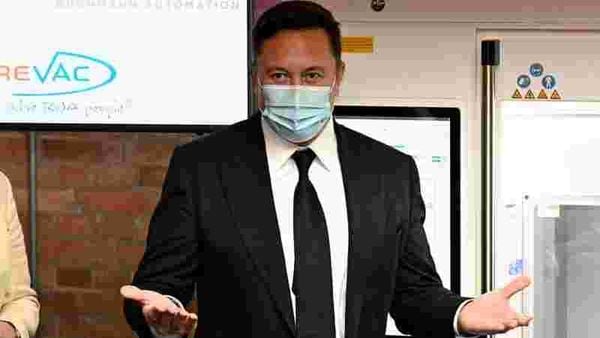 Tesla CEO Elon Musk on Friday said he was tested for Covid-19 four times in one day with two of the tests confirming he was positive for the disease while the other two stating he is safe. Musk went on to cast aspersions on the test results and called it 'extremely bogus.'

Taking to Twitter, Musk questioned the accuracy of COVID-19 tests which were conducted on Thursday. He went on to say that he is awaiting results from the polymerase chain reaction (PCR) tests from different labs. "Something extremely bogus is going on. Was tested for covid four times today. Two tests came back negative, two came back positive. Same machine, same test, same nurse. Rapid antigen test from BD," he wrote on his micro-blogging page.

Musk also said he was feeling fine barring a symptoms of a common cold. "Nothing unusual so far," he added.

Musk had previously questioned the need for stay-at-home orders issued in many parts of the United States, including California where Tesla's main plant is at. The lockdown orders in Almeda County had seen the facility forced to shut shop before Musk threatening to sue local health officials and then going ahead with resuming operations despite not getting the needed permission at the time. It was a controversy that drew even then US President Donald Trump into the mix.

There have also been reports of several Tesla workers at the California plant highlighting that safety measures here are inadequate and that employees who have been given permission to stay at home if they so choose, are being threatened with either pay cuts or leave cuts.

According to local US media reports, Musk had said he thinks he had Covid-19 in January but he never stated if medical tests had confirmed this. The maverick entrepreneur has been hard at work despite the pandemic woes in a bid to boost production numbers and rapidly expand service centers in countries where Tesla has a presence.