Tesla in trouble in world's largest EV market, to recall around 30,000 cars

Tesla is recalling around 30,000 imported Model S and Model X in China.The recall does not affect products made in its Shanghai facility which currently rolls out only Model 3.
By : Bloomberg
| Updated on: 23 Oct 2020, 18:36 PM 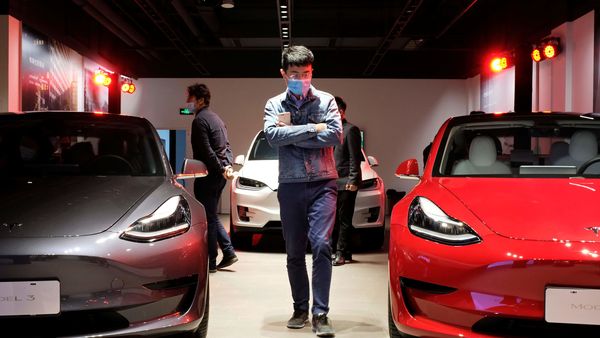 Tesla Inc. is recalling about 30,000 imported Model S and Model X vehicles in China because of suspension problems, a setback for the US electric-car maker just as it faces intensifying competition in the world’s largest auto market.

The company is recalling vehicles made between Sept. 17, 2013, and Jan. 15, 2018, according to a statement by the State Administration for Market Regulation on Friday. There are two different suspension defects, and some of the recalled vehicles potentially have both of them, the authority said.

The recall applies to the bulk of imported vehicles the company sold in China in recent years. Tesla started manufacturing in Shanghai around the start of 2020, and after that, sales of imported models have only typically been a few hundred vehicles a month.

Quality issues such as fires resulting from battery defects threaten to weigh on consumers’ perception of electric vehicles. Manufacturers from Hyundai Motor Co. to Ford Motor Co. and BMW AG have been hit by reports of EV fires in recent weeks.

The Shanghai factory has helped Tesla expand in China, and the company has said it has capacity to produce 200,000 vehicles a year at the site. Monthly registrations of locally made Teslas have been in the 11,000 range for several months, falling to 10,881 in September, according to data from state-backed China Automotive Information Net.