Tesla is among firms that have struggled to find contractors to help fill out the wave of new paperwork that will apply to UK-EU trade from 2021.The logistics industry has predicted 50,000 more customs agents are needed to handle the extra paperwork for Brexit.
By : Bloomberg
| Updated on: 21 Oct 2020, 20:00 PM 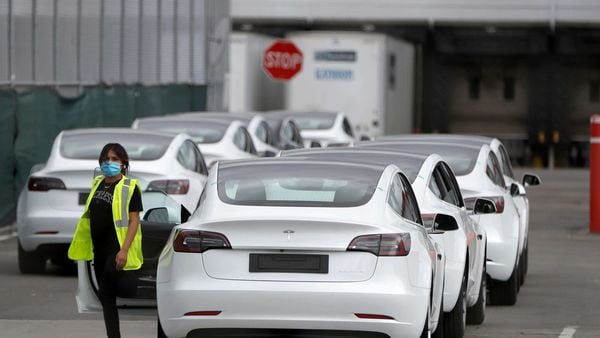 Household-name companies including Tesla Inc. and Kraft Heinz Co. are racing to avoid a Brexit crisis at year-end, as a shortage of customs brokers threatens their ability to move goods between Britain and the European Union.

The carmaker and ketchup producer are among firms that have struggled to find contractors to help fill out the wave of new paperwork that will apply to U.K.-EU trade from 2021, according to a person familiar with the matter. Customs agents are running out of their capacity to meet demand due to Brexit, said the person, who asked not to be identified discussing confidential matters.

Shortages of customs brokers and agents is a major headache for big business and the U.K. government’s Brexit preparations because goods without the right paperwork will not be allowed to cross borders from Jan. 1, when Britain quits the EU’s single market and customs union. An additional 400 million customs declarations are expected to be required annually on U.K.-EU trade, at a cost of about 13 billion pounds ($17 billion), even if the two sides sign a trade deal.

“We are working at speed to ensure all necessary readiness plans are in place," Heinz said in an emailed statement. “As part of our preparations we are considering both internal and external customs support options." The maker of Heinz ketchup and Philadelphia cream cheese said it’s confident it will fulfill necessary requirements.

Representatives for Tesla in Europe and the U.S. didn’t respond to requests for comment.

The logistics industry has predicted 50,000 more customs agents are needed to handle the extra paperwork for Brexit. Cabinet Office Minister Michael Gove was asked several times in Parliament this week how many have been trained. He declined to give a figure.

“It is a matter for the market," he said on Monday in the House of Commons. HM Revenue & Customs, the U.K.’s tax authority, also declined to say how many new agents are ready when contacted by Bloomberg News. The government has made 84 million pounds in grants available for customs training, but HMRC declined to comment on how much of that has been drawn down. 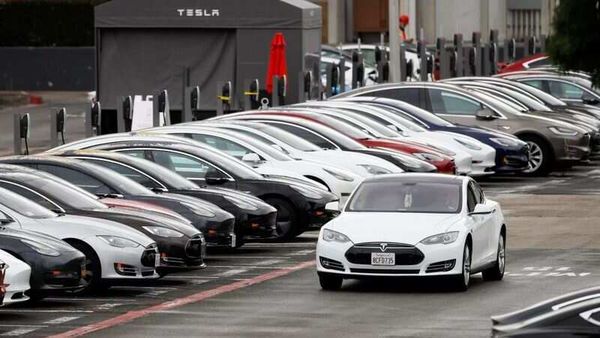 The civil servant leading the government’s border Brexit preparations, Emma Churchill, told lawmakers earlier this month that the grants had funded 20,000 customs training courses. The system has been hampered by slow and complex bureaucratic procedures to access the funds, according to a person familiar with the program. Some participants in the courses were already working in the industry, the person said.

Capacity for logistics companies is so limited that several of the world’s biggest firms are turning down Brexit work because they are sold out.

A.P. Moller-Maersk, the Danish shipping giant, is rejecting potential clients while Kuehne Nagel International AG, the Swiss freight group, is only accepting customs work from businesses for which it carries cargo.

Rosslyn Data Technologies Plc, which provides software that allows companies to file their own customs declarations, said it has seen a fivefold increase in inquiries in recent weeks, but the company has had to turn away some prospective clients whose demands are too complex.

Sam Blakeman, a sales manager at Rosslyn, said businesses have been putting off implementing Brexit solutions because they have been waiting for the outcome of the trade talks, not realizing the paperwork will be required regardless.

“That penny seems to be dropping," said Blakeman, who described the silence on the other end of the phone this week when he told a major company that he wouldn’t be able to take on their work. “There was a ‘Have we left this too late?’ realization."