A parking attendant at the GM facility thought that the Tesla Model 3 has not been built in the US but was parked in a lot designated for domestic cars.Ironically, the Tesla Model 3 was recently named the most American vehicle one can buy in 2021.
By : HT Auto Desk
| Updated on: 30 Jun 2021, 09:20 AM 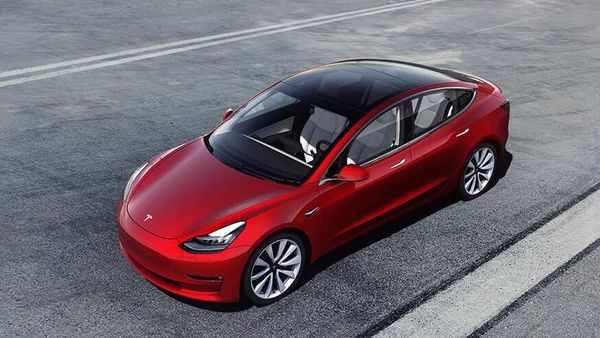 A parking attendant at a General Motors (GM) facility in Missouri, US fined a Tesla Model 3 for violating the parking rules. The parking ticket given to the Tesla driver mentioned that the vehicle was improperly parked because it was a "foreign (car) in domestic lot", The Drive reported. This meant that the Tesla car is not built in America but was parked in a lot designated for domestic cars.

The General Motors facility has divided its parking lot in three categories - an area dedicated for parking GM vehicles, area for non-GM domestic vehicles and a place for vehicles from foreign automakers. Though the Tesla vehicle was rightly parked in the non-GM domestic vehicles lot, the parking attendant thought it should have been parked in the foreign vehicles' lot. "Plant security inadvertently thought the Tesla was a foreign car and wrote a ticket accordingly," a GM spokesperson told the publication.

Ironically, the Tesla Model 3 was recently named the most American vehicle one can buy in 2021. This American-Made Index by Cars.com takes into account various factors such as assembly location of the vehicles, where its parts are sourced from, its US factory employment, engine sourcing, and transmission sourcing. Using all the data, the index ranks vehicles based on just how much of an overall impact the particular vehicle model has on American soil. Thus, Tesla is undeniably an American company building electric cars in the country.

The GM spokesperson added that the Tesla Model 3 driver will not have to pay a fine for the ticket issued as it was clearly the parking attendant’s mistake. However, this brings to light that a lot of companies still have brand-specific parking facilities including Ford and Subaru.