Over 285,000 Tesla vehicles have been recalled in China.A report now suggests the recall may only be about adding a chime when cruise control is activated.Previous reports in the US media had suggested a possible fault in the AutoPilot system.
By : HT Auto Desk
| Updated on: 29 Jun 2021, 09:12 AM 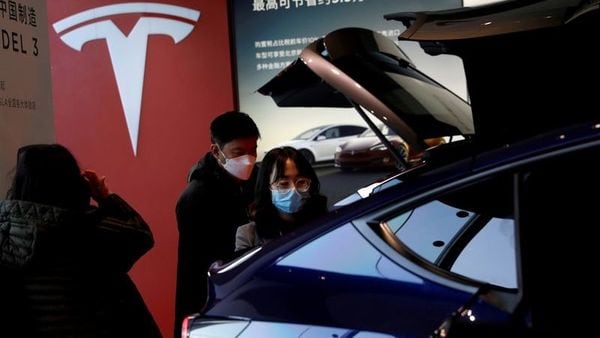 US media reports last week that Tesla is recalling over 285,000 vehicles in China for a possible fault in the autopilot system found in these EVs. New reports, however, suggest that there may not have been any 'fault' but that the recall was only for adding a chime when activating the cruise control in these Tesla vehicles.

Electrek has reported that Tesla recalled the large number of vehicles in China to update the manner in which cruise control activation is notified to the driver, with just a simple chime being added. The report further challenges reports in several US news outlets, including Wall Street Journal, for reporting that Tesla is addressing a safety issue.

Technically, it may still be a safety issue if a chime needs to be added to cruise control activation but it clearly isn't a fault in any of the systems inside the vehicle.

Tesla has come under enormous scrutiny in China in recent times with its AutoPilot functionality being especially examined. Even in the US, AutoPilot, a system which allows the Tesla EV to drive itself, has been suspected for causing accidents. Some of these have ended with tragic consequences. While Tesla maintains that AutoPilot functionality is completely safe and urges drivers to pay attention at all times, there have been instances when drivers have been found napping, sleeping and even on the backseat while the car is on the move.

Tesla CEO Elon Musk has time and again stated that AutoPilot is the future of personal mobility and Tesla may even roll out self-driving taxis in the near future. Musk believes the cameras, radars and sensors fitted on Tesla vehicles compensate for human errors that may occur when driving a car the traditional way.