Customer reports of missing USB ports in Tesla vehicles seem to have started with cars that were delivered on November 11.For those Tesla vehicles that have missing center console USB ports, the wireless charging function also seems to be inactive.
By : HT Auto Desk
| Updated on: 15 Nov 2021, 11:35 AM 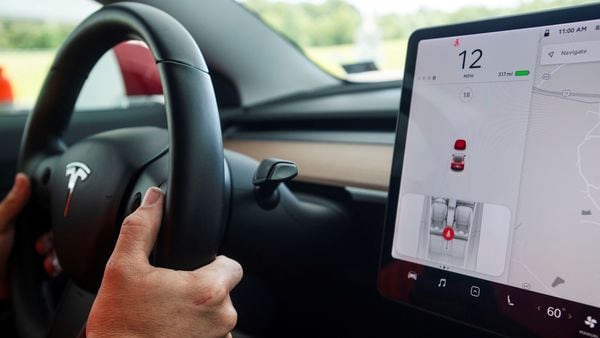 Various new Tesla Model 3 and Model Y electric vehicles delivered to customers in the last few days did not have USB charging ports in the centre console - a problem which was discovered by the customers after bringing their new cars home, Electrek reported. The automaker has blamed this on the global shortage of semiconductor chips.

The reports of missing USB ports seem to have started with cars that were delivered on November 11, and the last confirmed Model Y with USB port was delivered on November 6, the report mentioned. Some customers have even reported via social media that Tesla would install the missing USB connectors in December. However, there is no confirmation yet and it is also not clear if this applies to every affected owner. Tesla Model Y is the carmaker's second best-seller around the world.

While a lot of customers were taken by surprise upon finding that the USB ports are missing in their newly purchased vehicles, some have reported that they were informed in advance by delivery specialists about the missing charging ports.

This is not the first instance of vehicles being shipped without certain parts by automakers. BMW recently dropped touchscreen features from some models due to semiconductor crisis while both Tesla ans BMW have removed passenger lumbar support options from their models.