Ten years of Lamborghini Aventador: Here are 10 innovations it brought over yrs

Four different versions of Lamborghini Aventador over a decade are: LP 700-4, Superveloce, S, and SVJ.Lamborghini will unveil a new model on July 7 which reportedly is the last version of the Aventador.
By : HT Auto Desk
| Updated on: 03 Jul 2021, 15:02 PM

Lamborghini introduced the first Aventador sports car - the Aventador LP 700-4, in March 2011 in Geneva and over four versions over the decade, the V12 engine car has today become a global icon. The four different versions of the Aventador are: LP 700-4, Superveloce, S, and SVJ. Over these years, the iconic sports car has delivered ten technical innovations to the automotive world.

Four-wheel drive: The Aventador made it necessary to have a reliable transmission right from the start, giving the driver the best possible driving experience. Apart from this, the sports car has been fitted with the Push Rod suspension system from the very start. Inspired by Formula 1, the system features rods attached to the lower part of the hub housing of each wheel. On the Aventador Superveloce, the suspension system has incorporated magnetorheological shock absorbers (MRS) which responds immediately to road conditions and driving style. 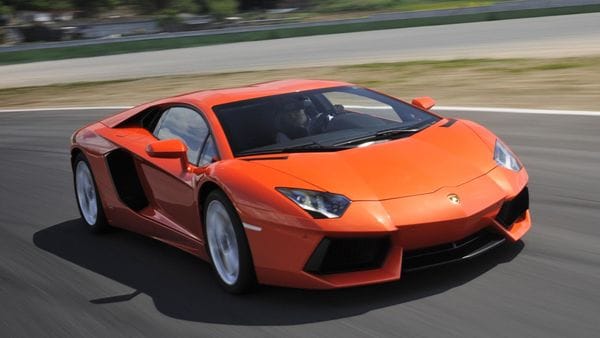 The Independent Shifting Rod (ISR) robotized gearbox on the Aventador delivers extremely fast gear changes. The gearbox has made it possible for Lamborghini to achieve a gearshift time of just 50 milliseconds, the speed at which the human eye moves. The Aventador has also seen an evolution of the driving style customization. While the LP 700-4 driving modes offered five styles of gearbox, the Aventador S allows drivers to choose between four different driving modes: STRADA, SPORT, CORSA, and EGO.

Other innovations delivered by the Aventador model includes the Dinamica Veicolo Attiva control unit that allows faster and more precise control of traction and vehicle handling, and was first introduced on the S version. The Aerodinamica Lamborghini Attiva 2.0 system was introduced on the SVJ version, and was improved to second generation LDVA system.

Few other innovations include All-Wheel Steering, Stop-Start System and Cylinder Deactivation System (CDS). Lamborghini cars borrow their names from fighting bulls and one of the most spirited of these bulls was Aventador, says the company.