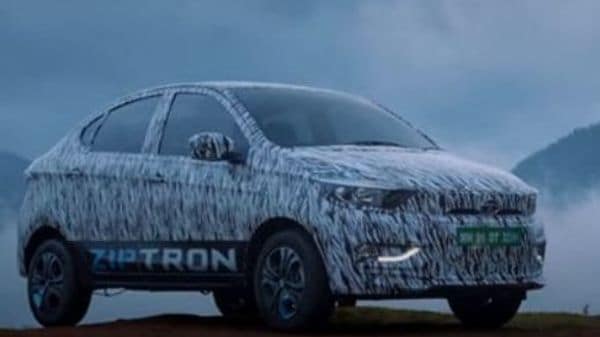 Tata Motors has teased the upcoming Tigor EV again on Twitter, just a day ahead of its official launch on August 18. The video posted on the microblogging site shows a digital instrument cluster and the camouflaged electric vehicle driving along with a Nexon EV on a hilly road.

(Also read | Tata to Tesla: Electric cars expected to launch in India in 2021)

The automaker has already claimed that the new Tigor EV will come with Ziptron electric powertrain. This Ziptron technology debuted with Tata Nexon EV.

Tata Motors introduced the Tigor EV sedan for government officials and fleet operators a few years ago, however, made it available for interested customers in 2019. The takers of the sub-compact electric sedan were less due to constrained range and performance issues. But the automaker believes that the new Tigor EV with the Ziptron technology will address these concerns.

1 day to go!
The all new Tigor EV is geared up to be everything you hoped for!#TataMotors #ElectricVehicle #Ziptron pic.twitter.com/sY5mHinbr1

The Ziptron technology comes with a high-voltage 300+ volt permanent magnet synchronous electric motor. This motor is claimed to be more powerful than the 72V AC induction-type motor that features in the current Tigor EV. The upcoming electric sedan is expected to deliver better performance. Tata Motors previously claimed that Ziptron EVs can cover a distance of 250 km on a single charge. So, one may expect the new Tigor EV to comply with this claim.

Coming to design, the electric vehicle may undergo certain changes. One of the teaser videos showed that the electric car gets projector headlamps and bumper integrated LED daytime running lights. The alloy wheels with blue accents in the video hint at the EV's zero-emission characteristic.

The EV may come with fast-charging technology. One can expect the upcoming Tigor EV to be available in varied colour options. Inside the cabin too, this would be much more appealing compared to the outgoing fleet-spec Tigor EV.