Luxury cars aren't just the prerogative of the super rich in India and have become more affordable due to several factors ranging from local manufacturing to attractive finance schemes.Many manufacturers also offer attractive maintenance packages but these may not always be affordable for all.
By : HT Auto Desk
| Updated on: 16 Jul 2020, 09:21 AM 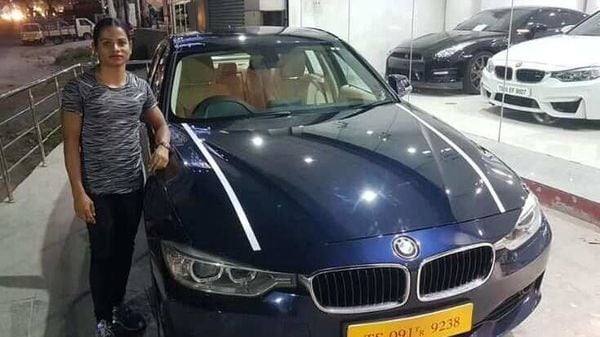 Luxury cars may have become more affordable in India than ever before but maintaining these cars may still be out of reach for the country's burgeoning middle and upper-middle class. A stark example of this was when Asian Games silver medalist Dutee Chand recently revealed that she is selling her BMW due to the high maintenance costs, adding that it could give her finances a bit of 'breathing space.'

Starting her meteoric rise on the track from humble origins, Dutee Chand became a household name in the country after her achievements in international athletics. She would reward herself for her achievements with a BMW around two years ago and reportedly said she had used cash awards given to her to make the purchase. Recently, she took to Facebook to post photos of the car with a message in Odia that revealed why she was selling it. While the post read that she did not have the resources for training for the Olympics, news agency ANI later quoted her as saying that high maintenance costs are a worry. "I took to social media to sell my car BMW. I don't have the resources to maintain luxury cars, though I love them. I am not able to use the car and it is a spendthrift expense on my part," she reportedly said. "I never expressed that I am selling it to fund my training."

At a time when buying luxury vehicles has become a viable option for many due to the slew of finance offers available, expensive vehicles have become a common sight in the country. And while most of these luxury car makers also offer reasonable maintenance packages, these may not fit the wallet requirements of many.

In Dutee Chand's particular instance though, it also has to do with the fact that she has spent all her allotted money given by the state government and sponsors for training because the Tokyo Olympics has been delayed due to Covid-19. "Not that I live in deprivation or lack of resources, but selling the car could give me breathing space on one hand and not burden the overwhelmed KIIT and Odisha Government who are all stretched to help in these testing times," she said.

This could also once again point out how people could possibly put off purchasing new vehicles in current times of uncertainties due to the costs involved.