Skoda to introduce three new EVs by end of this decade

At a recent event, the Skoda CEO Thomas Schäfer revealed the company's plans on electrification and digitalisation.Skoda aims to make vehicles with net-zero carbon emissions at all Czech and Indian plants from 2030 onwards.
By : HT Auto Desk
| Updated on: 25 Jun 2021, 12:41 PM 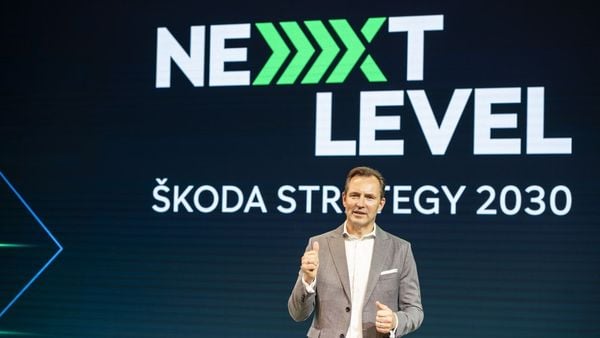 Skoda Auto has revealed its plans for the next decade with its ‘NEXT LEVEL – ŠKODA STRATEGY 2030’ event. The Czech car manufacturer aims to achieve goals in the areas of internationalisation, electrification and digitalisation. Skoda wants to introduce at least three more all-electric models by 2030. These models will be positioned below the Enyaq iV, the brand's first all-electric SUV, both in terms of price and size.

According to reports, one of these models is expected to be a small hatchback reportedly a technical twin of the VW ID.1 (its name has not been confirmed yet), while the other EV model will be a more compact crossover. However, the third electric vehicle model is being expected to fit in the same segment as the popular Octavia. It is rumoured to be an entirely different model made on a dedicated electric car platform. The company also says high-voltage traction batteries are being produced for the plug-in hybrid models SUPERB iV and OCTAVIA iV.

The brand wants to transform its domestic market, the Czech Republic, into an electromobility hub. It is working with partners to manufacture e-components or e-vehicles at all its three plants in Mladá Boleslav, Kvasiny and Vrchlabí by 2030.

Based on the principles of expanding, explore and engage, Skoda wants to be one of the five best-selling brands in Europe by 2030, and also become the leading European brand in regions of India, Russia and North Africa. The company is responsible for these regions within the Volkswagen Group.

The production of the Kushaq, the first Skoda model under the India 2.0 project, started recently. The automaker also plans to bring the Kushaq to other emerging markets. It is also aiming for a share of fully electric models of 50 to 70% in Europe based on market developments.

The Czech car manufacturer intends to increase and develop customer engagement with its cars. One of the automaker's projects called PowerPass will make charging an electric Skoda model convenient for users. It will be available in over 30 markets and can be used at more than 210,000 charging points in Europe.

It will also be expanding its virtual showroom concept as it wants to sell one in five Skodas online as early as 2025. The automaker aims to manufacture vehicles with net-zero carbon emissions at all Czech and Indian plants from 2030 onwards.