Sales of EVs triple in India in 2021, electric mobility picks up momentum

Apart from consumers flocking the electric two-wheeler segment, companies such as Mercedes-Benz, BMW are trying to focus on wealthy customers by bringing in their luxurious EVs.
By : Bloomberg
| Updated on: 08 Mar 2022, 05:39 PM 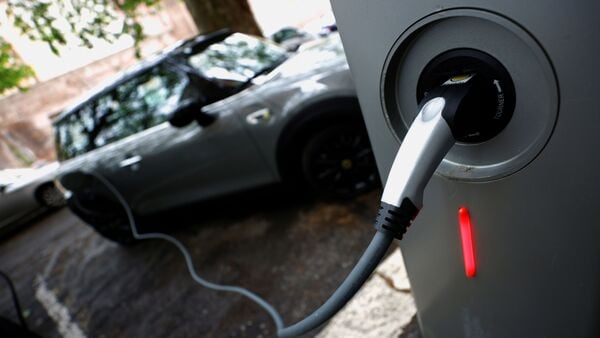 Sales of electric vehicles in India tripled last year to 14,800 units and there are growing signs of momentum in this key potential market of 1.4 billion people.

Impatient consumers rushing to switch from gasoline-powered two-wheelers to electric scooters have been haranguing startups like Ola Electric on social media over the waiting times for deliveries.

Luxury brands are aggressively targeting the nation’s most affluent. Tesla has been haggling over tax breaks to ramp up sales in India, while Mercedes-Benz is rolling out a locally assembled EQS, the electric version of its flagship S-Class sedan, this year. BMW also plans to launch multiple plug-in models.

Even so, it’s the mid-point of the gasoline-powered passenger vehicle market — options that sit between a bargain two-wheeler and a pricey foreign marque — that has traditionally been India’s most lucrative segment. Maruti Suzuki India, Hyundai and Tata Motors, all of which have budget combustion-engine cars, accounted for almost three-quarters of local sales last month, according to the Federation of Automobile Dealers Associations.

Maruti’s Alto, previously India’s best-selling model, retails for less than $4,300 in New Delhi. Even the new best-sellers, like Hyundai’s i10 and Maruti’s Swift, sell for less than $7,300.

Cars remain deeply aspirational in India, and it’s common for new buyers to offer prayers when a family adds a new vehicle. The upgrade from a two-wheeler to a four-wheeler is also a hugely important status symbol.

Despite all that, no carmaker currently offers an entry-level electric option. That suggests there’s a major opportunity for a mass-market model that can accelerate the shift away from gas guzzlers in a nation where overall EV penetration is just about 1%.

There are some key obstacles to overcome. India’s per capita income is less than $2,000 a year, putting electric cars out of reach for most people. Local producers also remain dependent on imported components, a situation that’s snarling efforts to reduce sticker prices.

Still, optimists on India’s EV prospects include Gautam Adani, the billionaire who is adding clean energy projects to interests that include coal mines and power plants. An Adani unit is considering a push into the electric auto sector, weighing plans to produce vehicles, manufacture batteries and install charging networks, the Times of India reported in January.

Prime Minister Narendra Modi’s administration — aiming to meet a target of delivering net-zero emissions by 2070 — is also backing the faster development of local electric vehicles and supply chains. His government also supports the use of battery swapping, an idea that’s so far failed to gain traction outside China.