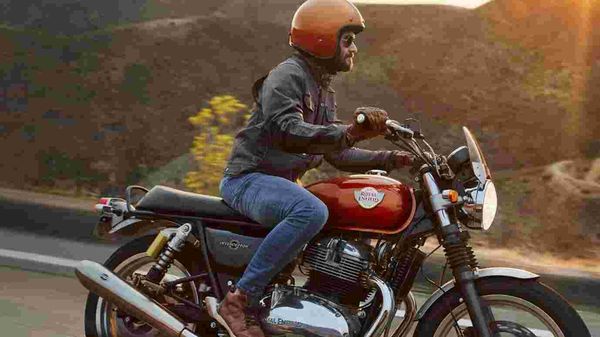 Royal Enfield, the Chennai based bike maker on Thursday announced the launch of a first-of-its-kind motorcycle personalisation service called 'Make-It-Yours'. The company claims that the consumers will now be able personalise and accessorize new Royal Enfield bikes, right at the time of purchase.

Enabled through an all-new App-based, 3-D Configurator, the MiY (Make-It-Yours) will give access to the customers an array of possible combinations in terms of personalisation options with choice of colours, grades, and graphics, along side genuine motorcycle accessories, right at the time of motorcycle booking. As soon as the order is placed, customers will be shown the visibility of delivery timeline of their motorcycles.

The new MIY and the 3-D Configurator solution will debut on the Royal Enfield 650 Twins (Interceptor 650 and Continental GT 650). "With MiY, customers now stand to benefit from factory-tested, trustworthy and genuine motorcycle accessories that come with a two-year warranty." the company says.

The new MiY with the 3-D Configurator will be available on the Royal Enfield smartphone application for both Android - Google Play Store and iOS - Apple's App Store, the company website, as well as the official dealerships.

For the record, the new Royal Enfield App was launched last month. This App allows customers to book their motorcycle, and even place a service request digitally. As per the company, the launch of the new 'MiY on the Royal Enfield App with 3D configurator takes the digital experience to the next level.' Moreover, the customers will now also be able to select extended warranty and Annual Maintenance Contract (AMC) packages using the App.

Speaking about the launch of MiY and the 3-D Configurator, Vinod K. Dasari, CEO Royal Enfield said, “With MiY, customers will have a ‘little bit of them’ built into the motorcycle and depending on the level of personalisation, motorcycles will be custom-made as per consumer specifications, within 24 to 48 hours, at our manufacturing plant in Chennai. All new motorcycle models from Royal Enfield, from here on, will come with the MiY feature."