Home Auto News Public Vs Private Transport: What Surveys Show And What They Can't

Public vs private transport: What surveys show and what they can't

People are finally coming out of their homes but how many are making use of public transportation?Even if fear psychosis makes people shun public modes of transport, can it help automotive industry?In current times of uncertainty, how many would possibly invest in a new vehicle?
By : Shubhodeep Chakravarty
| Updated on: 01 Jun 2020, 05:13 PM 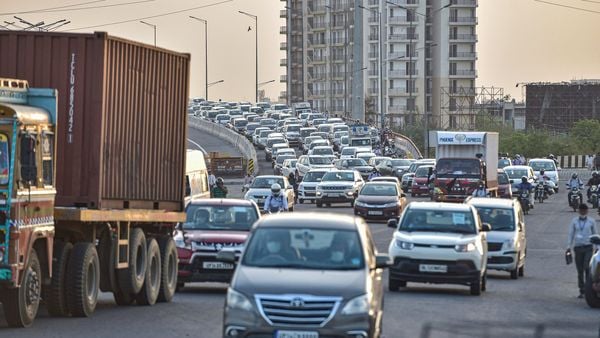 Manufacturers of passenger vehicles and of two-wheelers are praying that a possible preference towards personal mobility in the wake of Covid-19 spurs a rise in demand in upcoming times. In India and the world over, automotive industries have taken a deafening blow due to lockdowns put into place which have impacted supply, production and demand. Only in recent weeks have restrictions begun being relaxed and as more and more people come out of their homes, it remains to be seen if demand will indeed trickle upwards.

(Also read: Cars bowling out public transportation around the world has a message for India)

In numerous surveys conducted over the past several weeks, respondents have showed a strong preference towards making use of personal modes of transportation instead of modes of public transportation. The major driving factor behind this could be a fear psychosis pertaining to the communicable nature of coronavirus. And with number of positive cases continuing to rise exponentially in India, those in need of moving from one place to another in cities and towns are most likely to either make use of personal transport already at their disposal or possibly considering making a purchase.

In an HT Auto survey on Twitter last week, 78.1% of the total 350 respondents showed preference towards personal car or two-wheeler. Cabs were preferred by 8.7% while only 7.2% voted for buses or metro. The remaining voted for autos. 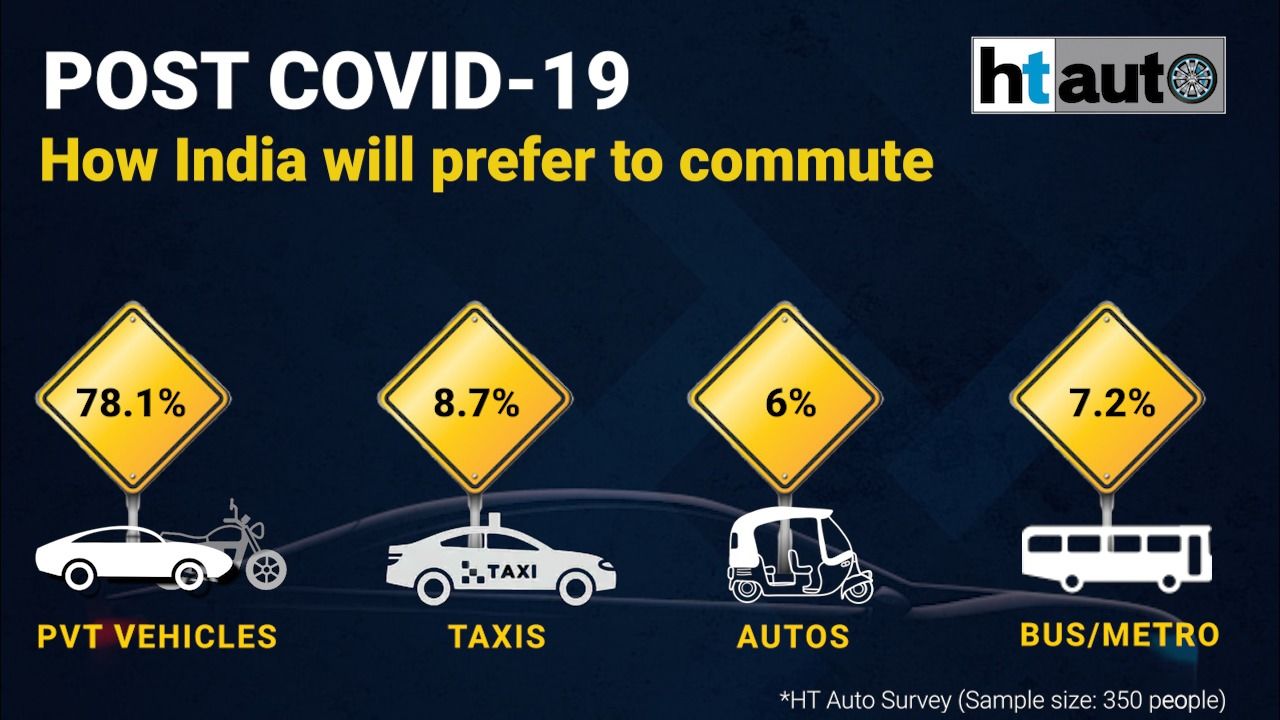 A separate survey carried out by Centre for Science and Environment showed that use of public transport may fall for six months. The survey included over 400 middle and high-income groups in Delhi and surrounding NCR cities. The analysis showed that preference for car ownership and usage will increase in the short run. (Read more here)

Another survey by market research and analysis firm Velocity MR stated that 62% respondents had said they would avoid cab-hailing firms like Ola and Uber. This survey had a sample size of 3,000 and covered categories including shopping habits, purchase habits, travel, social activities, investments, social responsibilities during this pandemic. (Read more here)

It is important to note here that there could be several factors at play which decide on the preference patterns and voting choices when it comes to observing patterns in private vs public transportation in Covid-19 times. Work from home, buying capacity, possession/ownership of vehicles from before Covid-19 and similar factors can influence decisions on whether to shun public transportation or not. In the CSE survey for instance, among the 36% respondents who do not own any vehicle, around 28% said they may want to buy one for safety reasons in the near future. Yet, 73% respondents have preferred to move to public transport if it meets high quality standards for services.

Most surveys, therefore, are only indicative at best.

With current times of uncertainty, new vehicle purchases are likely to remain limited even if people look at avoiding public modes of transportation. Rating agency CRISIL recently predicted another year of double-digit decline in the Indian automotive industry. With job cuts or retrenchments, or even the possibility of these, there is a strong indication that people would most likely cancel or push back plans of vehicle purchases. CRISIL elaborated that since passenger vehicle segment has a high finance penetration of 78% to 80% and because of income uncertainty, the number of customers opting to take loans would decline.

Shunning public transportation and also canceling plans of new purchases could give a boost to the used-car segment, a possibility that has resulted in companies like Maruti, Volkswagen and even luxury car maker Audi further strengthening their respective pre-owned business.

The course that people opt to take in India and the world over from hereon remains to be seen and while there are not many who are denying use of public transportation will go down in the foreseeable future, the resultant benefit of this for OEMs is an ambiguous question only time will answer.