Cities around the world where lockdown restrictions have been eased are reporting a surge in personal mobility even as use of public transportation remains low.
By : HT Auto Desk
| Updated on: 18 May 2020, 12:37 PM 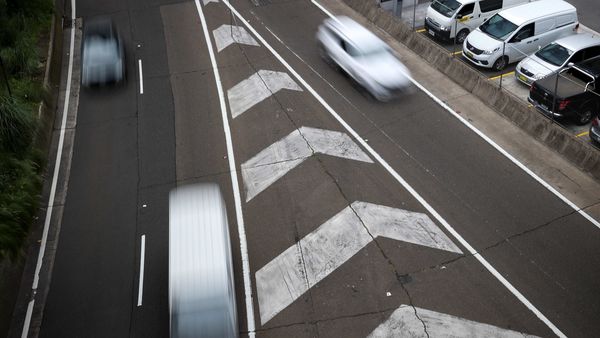 Increased traffic is seen in the city centre following the easing of restrictions implemented to curb the spread of the coronavirus disease (COVID-19) in Sydney, Australia.

The speculation that personal vehicles would edge out public transportation once more and more people begin emerging from their homes under eased lockdown restrictions has started manifesting in many parts of the world - from Europe to North America. With the predicted fear psychosis appearing to be hard at work, many are choosing to use their own transportation means rather than depending on public network.

Take the case of Berlin. According to Apple Maps data accessed by Bloomberg, use of public transportation remains down by 61% over pre-Covid-19 times although use of personal vehicles has recovered to 28% below normal. In Madrid, driving has recovered to 68% below normal from 80% last month even if use of public transportation remains down by 87% and has shown no signs of recovery yet. In Canadian captial city of Ottawa, driving is up by 20% from April but mass transit usage remains 80% below normal. Demand for fuel in several US states has slowly begun recovering which also points to an uptick in number of people taking their own vehicles out.

China, a country being seen by automakers as the place where the car sales recovery will begin from, personal vehicles' usage is clearly on the rise. Bloomberg has reported that in cities like Beijing, Shanghai and Guangzhou, morning traffic is more than even levels in 2019 even if use of mass transit remains down.

In the UK, millions of cars hit the roads last weekend to enjoy the warm weather under eased lockdown conditions.

Turning the globe and putting the focus on India, there is a clear sign then that adoption of personal vehicles could see a move up as people possibly avoid buses, metros, autos and even Uber and Ola. The basic reasoning for this is that people would look at avoiding public mobility spaces for fear of contracting the Covid-19 virus.

India entered into its fourth phase of lockdown from Monday and although most people continue to work from home, road traffic restrictions have been considerably eased. Experts say that while the upper class in big cities have always relied on their personal vehicles, the middle and lower-middle class could now look at either ditching mass transit for two-wheelers or upgrading from two-wheelers to cars or buying an additional car. There are also signs that the demand for small vehicles and used vehicles could bolster the recovery process of automakers at large.

And even though authorities have already begun assuring strict adherence to social-distancing norms in public transportation networks where open and wherever likely to open in the times to come, the nagging concern for personal safety could push more and more people towards their own personal modes of transportation.