Porsche says that adaptive sound technology helps drivers become one with the driving situation.Porsche further plans to individualise music to develop special editions with well-known composers and offer them as digital collectors' items.
By : HT Auto Desk
| Updated on: 21 Jun 2021, 10:41 AM 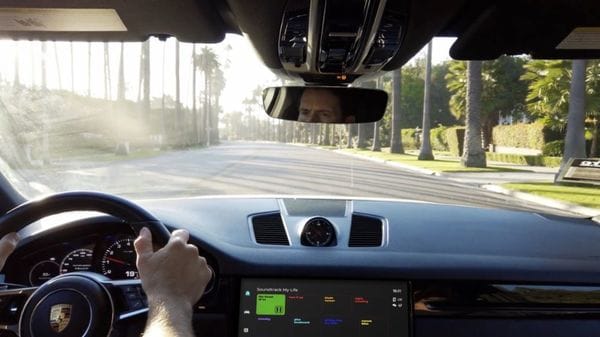 Image if the interior of a Porsche vehicle

Porsche's Digital division is working on creating an innovative and individual music experience for drivers, called 'Soundtrack My Life'. Each Porsche vehicle will have adaptive sound feature that will adjust to driving style and will be unique to each journey. After this, Porsche will also work on adjusting sound as per the route as well as the mood of the person.

While testing the new music mechanism in a Porsche Macan, the engineers experienced a completely new sound experience. As the traffic lights turned green, spherical sounds came to life in the SUV automatically. The Macan generated the music through its movement. After a left turn, when the road is clear, the Macan generates a sound of the imperial troops on the march in a science fiction film, until the movement broke at the next traffic signal and then there was a sound of a final drumbeat.

The adaptive sound technology helps drivers become one with the driving situation. To get this experience on a Porsche, the driver will first have to select a basic musical mood, a soundtrack composed specifically for a particular driving situation. The vehicle's software then accesses pre-composed musical elements and, depending on the acceleration, speed and centrifugal forces in the car, changes the complexity of the mix of these individual elements. It adds or removes tracks and sounds to rearrange everything again and again.

Currently, a prototype of Soundtrack My Life exists as a smartphone app. The company has yet not decided whether this will remain the case or whether the series production version of the app will also function as an integral part of Porsche Communication Management.

Porsche further plans to individualise the music to develop special editions with well-known composers in order to offer them as digital collectors' items.