The Porsche Taycan Cross Turismo covered the distance from the lowest point of the US to the mountain-top of Pikes Peak in Colorado in little over a day, to be precise 33 hours and 48 minutes.The journey took the team and the vehicle across six states and was quite demanding.
By : HT Auto Desk
| Updated on: 12 Jan 2022, 11:21 AM 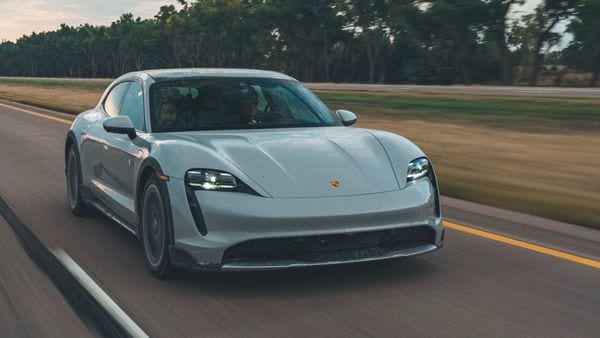 Porsche Taycan Cross Turismo was driven from deep underground to the top of a mountain, covering a vertical distance of 4,842.967 metres, or just over three miles.

A Porsche Taycan Cross Turismo has entered the Guinness Book of World Records for setting a new benchmark for the greatest altitude change ever achieved by an electric car. The EV was driven from deep underground to the top of a mountain, covering a vertical distance of 4,842.967 metres, or just over three miles.

With automotive enthusiast JF Musical and his team behind the project, the Taycan Cross Turismo was taken to the US' lowest point in Badwater Basin in Death Valley, at 86 metres below sea level. The vehicle was then taken underground in the Eagle Mine in Michigan - the high-grade nickel and copper mine being the only mine in the US where a car can be driven to sufficient depths with the help of specialist mining vehicles. 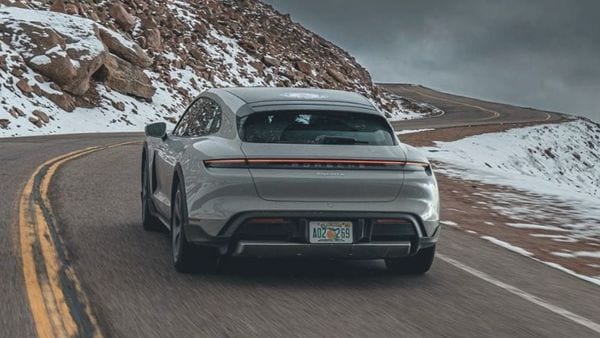 The EV was taken to a depth of 540.8 metres below sea level - the very lowest part of the excavation. Porsche Taycan Cross Turismo is one of the very few vehicles in the world to be able to attempt the trip to the lowest level of the mine without need of any modification and using completely standard road tyres thanks to its capable off-road capability, raised ride height and all-wheel drive.

After that, the team drove the vehicle to the final destination in little over a day, to be precise 33 hours and 48 minutes. They took the EV to the 4,302-metre summit of Pikes Peak in Colorado, which is also the home to the Pikes Peak International Hillclimb. The journey took the team and the vehicle across six states and was quite demanding with oxygen level falling by 40 per cent at the mountain top. The team weathered all kinds of weather including sun, rain, snow and ice. Three groups of drivers worked in tandem to take on the driving duties.