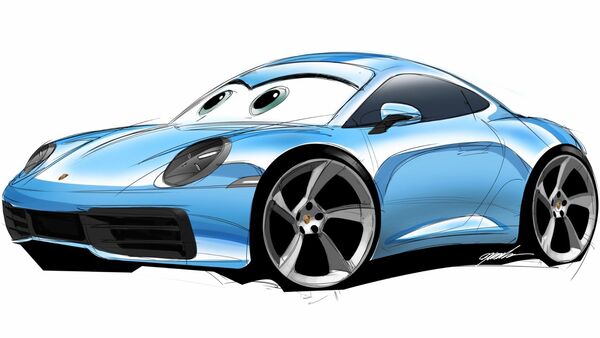 Only one unit of the new model will be produced and will be auctioned by RM Sotheby’s.

Porsche has been working with the Pixar Animation Studio to create a unique car for road inspired by the character from the animated movie Cars, Sally Carrera. It also marks the 20th anniversary of the character. Porsche is developing this model for a charitable auction and proceedings of which will support programs for girls and women through Girls Inc. as well as the USA for UNHCR. It will also support the UN Refugee Agency to provide aid to children and their families affected by the conflict in Ukraine.

Sally Carrera in the movie is a 2002 Porsche 911 Carrera. The team behind developing this model constitutes Pixar Animation Studios Cars Production Designer, Bob Pauley, Creative Director Jay Ward, Style Porsche in Weissach and Porsche Exclusive Manufaktur in Stuttgart. The car will be produced in Zuffenhausen and later will be auctioned by RM Sotheby’s.

President and CEO Porsche Cars North America Kjell Gruner said this collaboration is special as the team is creating something meaningful to help others. “Translating the spirit of Sally into a new 911 has been fascinating – this time the sports car is intended for our world, and to be driven and enjoyed – it will have a windscreen you can see out of, and shares its panels with the 911 we know and love. But, like Sally, its purpose is to help others – and that makes it extra special," added Gruner. Director of Porsche Exclusive Manufaktur Vehicles at Porsche AG Boris Apenbrink shared it is an honour to design such a model.

Creative Director of Franchise at Pixar Animation Studios Jay Ward said only one street-legal Porsche 911 inspired by the animated character will be made. Executive Director and CEO of USA for UNHCR Anne-Marie Grey shared the majority of those who were forced to flee from Ukraine are women and children. “But there is reason to hope with the critical support of companies like Porsche and Pixar Animation Studios who have generously stepped up to help ensure their safety and protection in months to come," stated Grey.