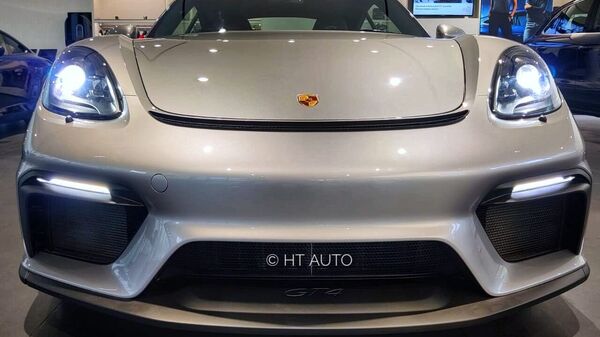 Luxury sports carmaker Porsche has confirmed that its first two-seat electric model will be a 718. A hybrid version of the Porsche 911 can also be expected, Oliver Blume, Porsche AG’s CEO informed in a call with reporters, Bloomberg reported. However, the exact timeline of production has not been revealed. It is also not clear how many variants of the Porsche 911 might get the hybrid version.

While Porsche had already hinted on bringing in an electric 718 Boxster/Cayman-style vehicle since it unveiled the Mission R at the Munich auto show last year, this is the first time that the company's executives have confirmed the speculation. The new sporty EV will be the carmaker's third electric model. Porsche currently sells an electric Taycan while an all-electric Macan is expected by 2023.

Under its electrification goals, Porsche aims for half of its all new models sold to to be all-electric or plug-in hybrids by 2025. Blume hopes for 80% of all Porsches to be fully electric by By 2030. In 2021, less than 40% of all new Porsches delivered in Europe were plug-in hybrid or fully electric.

However, US customers should expect significant delays across all Porsche’s product lines in the coming months due to destruction of hundreds of models in February when a ship carrying them burned and sank in the Atlantic Ocean.