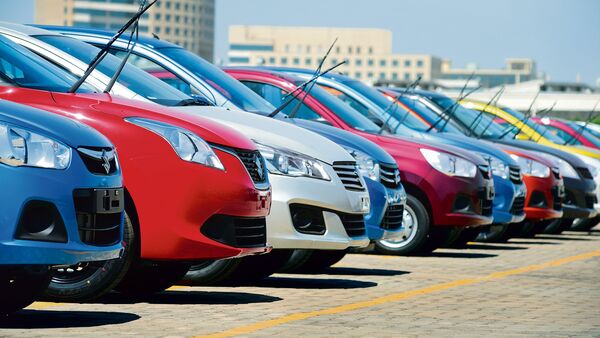 The country's passenger vehicle exports rose by 26% in the first quarter of April to June as compared with the April-June period of last fiscal when the country was reeling under the second wave of coronavirus. As per the latest data released by the Society of Indian Automobile Manufacturers (SIAM), passenger vehicle shipments rose to 1,60,263 units in the first quarter this year as compared to 1,27,083 units in the same quarter of 2021-22.

Passenger car shipments saw an 88 per cent year-on-year growth at 1,04,400 units while utility vehicle exports rose 18 per cent to 55,547 units during the period under review, the data showed. However, exports of vans declined to 316 units in April-June when compared with 588 units in the same period of the last fiscal.

Commenting on this, SIAM Director General Rajesh Menon told PTI that there has been a higher penetration of India manufactured passenger vehicles in Latin America and Africa in the recent past as models manufactured here meet the consumer requirement of these regions. “The brands are global, have good build quality and are cost competitive. Effect of trade agreement with Chile couple of years ago, has also recently helped in improving the competitiveness of India manufactured passenger vehicles," he added.

The country's largest automaker Maruti Suzuki exported 68,987 passenger vehicles in the period under review, up 53 per cent from 45,056 units in the same period of the previous fiscal year. Hyundai Motor India's international dispatches stood at 34,520 units during the June quarter, up 15 per cent from the year-ago period.