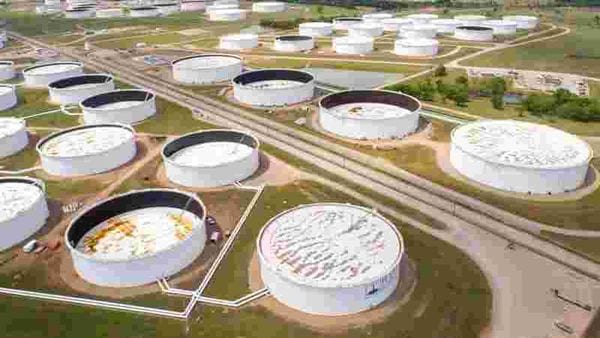 Oil prices rose in Asia on Wednesday after hitting their highest in about a year in the previous session, supported by an unexpected draw in US crude stockpiles and an OPEC+ estimate of a global oil market deficit this year.

Market sentiment was bolstered by news that Democrats in the US Congress took the first steps toward advancing President Joe Biden's proposed $1.9 trillion coronavirus aid plan without Republican support.

Analysts said the market was buoyed by the latest assessment by the Organization of the Petroleum Exporting Countries and allies, together known as OPEC+, that oil stockpiles will decline to below a five-year average by June.

That showed the producers' output cuts were succeeding in bringing the market back into balance.

"The strategy was very clear. OPEC and allies set out to cut a deal that would normalize global excess inventory through 2021 - well, they're on track," said Lachlan Shaw, head of commodity research at National Australia Bank.

OPEC+ expects output cuts will keep the market in deficit throughout this year, peaking at 2 million barrels per day in May, even though it revised down its outlook for demand growth, a document seen by Reuters on Tuesday showed.

A ministerial meeting will convene on Wednesday, although it is not expected to recommend any adjustments to oil output policy.

Further supporting the market, industry data after the market closed on Tuesday showed US crude and gasoline inventories fell unexpectedly.

The American Petroleum Institute reported the US crude oil inventories fell by 4.3 million barrels in the week to Jan. 29, compared with analysts' expectations in a Reuters poll for a build of 446,000 barrels.

Gasoline stocks fell by 240,000 barrels, defying analysts' expectations for a build of 1.1 million barrels, while distillate inventories, which include heating oil and jet fuel, fell by 1.6 million barrels, a bigger draw than expected.

US government data is due at 1530 GMT from the Energy Information Administration.