Nissan is forecasting a strong recovery in the Chinese market by year-end and plans to expand its presence there.In May, the company reported its first fiscal year loss in a decade and the biggest in 20 years.
By : Bloomberg
| Updated on: 27 Sep 2020, 09:24 AM 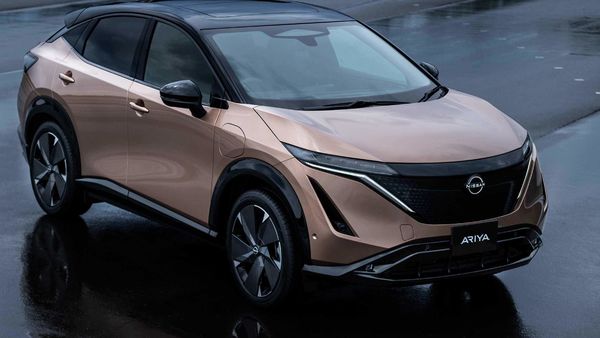 Nissan Motor Co. expects to return to profitability in 2021 if the current momentum continues, with demand in China already bouncing back from the pandemic, Chief Executive Officer Makoto Uchida said.

The company, which in May reported its first fiscal year loss in a decade and the biggest in 20 years, is forecasting a strong recovery in the Chinese market by year-end and plans to expand its presence there, Uchida said during a media briefing at the 2020 Beijing International Automotive Exhibition on Saturday.

China has emerged as a crucial market for Japan’s second-biggest automaker by output as it struggles to recover from a boardroom scandal surrounding former chairman Carlos Ghosn and a sales slump that threatens its alliance with Renault SA. Thanks to a strategic partnership with Dongfeng Motor Group Co. that was forged in 2003, Nissan is one of the strongest Japanese passenger carmakers in Asia’s biggest economy.

Dongfeng Motor President and Nissan executive Shohei Yamazaki said on Saturday that while other auto markets around the world face uncertainties, China is recovering well.

Nissan will launch nine new and re-designed electric models in China by 2025, including plug-in electric vehicles and hybrid electric cars that charge with a gasoline engine, Yamazaki said.

Like many carmakers, the coronavirus pandemic has deepened the pain for Nissan. It posted a 671 billion yen ($6.2 billion) net loss last fiscal year, the biggest in two decades, further weakening its position in the alliance with Renault and Mitsubishi Motors Corp.

On display at this year’s show, one of the biggest on the automotive industry calendar, is Nissan’s all-electric SUV Ariya, shown publicly for the first time outside Japan. The company is also using the gathering to highlight its Formula E race car and the GT-R50 by Italdesign. Features from the Nissan Intelligent Mobility range are also on display, including ProPILOT, an autonomous driving technology for use in single-lane traffic on highways.

Earlier this week, Nissan unveiled luxury car brand Infiniti’s new design concept for the QX60 Monograph, an upmarket three-row SUV that debuted this weekend. The carmaker will sell the model in 23 countries, including the U.S., China, Canada and Russia.

Infiniti Chairman Peyman Kargar said the company plans to roll out more models than initially planned in the world’s biggest carmarket. Nissan’s July sales in China increased 11.6% from a year earlier to 120,945 units, while sales in the U.S. fell 25.1% year-on-year to 74,041 units.

To further refresh its aging lineup, Yokohama-based Nissan promised in May to launch 12 new cars in the next 18 months. It plans to cut both capacity and the number of models by 20%, and will no longer pursue volume growth to shed the old legacy from the Ghosn era.

While Chief Operating Officer Ashwani Gupta has stressed Nissan’s priorities of conserving cash, the Japanese government has effectively guaranteed 130 billion yen of 180 billion yen in crisis loans to help the company through the pandemic. Nissan this month also raised $8 billion in its first non-convertible dollar bond sale in at least two decades.