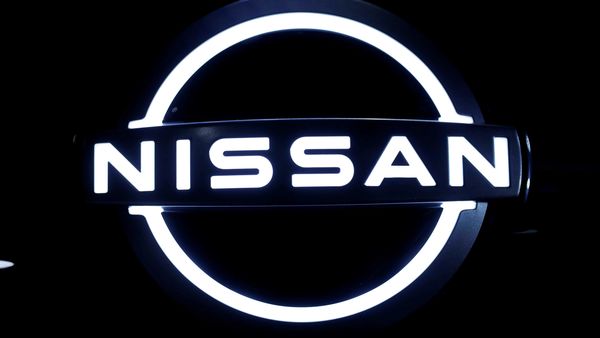 FILE PHOTO: The brand logo of Nissan Motor Corp. is seen at the front nose section of the company's new Ariya all-battery SUV during a press preview, ahead of the world premiere, at Nissan Pavilion in Yokohama, south of Tokyo, Japan July 14, 2020. REUTERS/Issei Kato/File Photo

As Nissan Motor Co. struggles to recover from a boardroom scandal surrounding Carlos Ghosn and a sales slump that threatens its alliance with Renault SA, China is emerging as its best bet for a turnaround.

Thanks to an early mover advantage and strategic partnership with Dongfeng Motor Group Co. in 2003, Nissan is one of the strongest Japanese passenger carmakers in China. It ranked fourth -- excluding multipurpose vehicles -- in June with a 6.7% share after Volkswagen AG’s two joint ventures and General Motors Co.’s tie-up with SAIC Motor Corp.

Former Chairman Ghosn, who was arrested in 2018 on financial misconduct charges and fled in a dramatic escape to Lebanon at the end of last year, called China a “new frontier" when he unveiled Nissan’s push into Asia’s largest economy almost two decades ago. Now, the world’s biggest automobile market is looking more like a key line of defence as China’s economy returns to growth and demand for cars recovers. Nissan has staked its future on improving the quality of sales there, as well as in the US and at home in Japan.

“Weaker brands will be weaker and the stronger ones get stronger, and that’s an opportunity for us," said Shohei Yamazaki, president of Dongfeng Motor, the Wuhan-based firm that’s in a 50:50 joint venture with Nissan. “But once we fail to keep or improve our brand, then it becomes a risk. It’s easy to fall fast in China."

Even as Nissan’s total retail volume fell about 11% in the 2019 fiscal year that ended in March, China has been something of a bright spot. Shipments there only slipped 1% and still comprised about one-third of Nissan’s global volume of 4.93 million units. Even so, with an aging lineup and restructuring costs, Nissan posted a loss of $6.2 billion in the latest fiscal year.

As China restarts its economy from a pandemic-induced shutdown, Nissan’s car shipments have been climbing steadily since April. However, after peaking in July at about 121,000 units, up 12% from a year earlier, August sales hit a road bump, dipping 2.4%.

“Nissan’s edge in China is its appealing brand power accumulated from competitive models over the years," said Cui Dongshu, secretary general of the China Passenger Car Association. “Yet it’s quite challenging for the company to compete with Toyota because the latter has proven its competitiveness in innovation and competency in winning over motorists for not only its Toyota brand, but also Lexus."

Even so, Nissan’s Sylphy sedan, aimed at younger buyers, overtook Volkswagen’s Lavida as the best-selling model in the country in the first half, CPCA data show. Nissan’s lineup in China, which includes Altima sedans and X-Trail SUVs, has price tags ranging from 99,800 yuan to 234,800 yuan ($14,750 to $34,700).

“Nissan has established a strong presence in China and continues to grow with a focus on delivering customer satisfaction," Nissan Chief Operating Officer Ashwani Gupta said in an emailed statement in response to questions from Bloomberg News.

Nissan and Dongfeng aim to boost total vehicle sales to 2.6 million units by 2022 as the country’s population gets richer and embraces car ownership. Nissan sold 1.55 million units in China during the latest fiscal year.

To do so, they’ll need to attract more buyers like 30-year-old Jimmy Zhang, an owner of a small restaurant in Beijing who bought a blue Qashqai compact SUV last year. “It’s cute and cool at the same time," he said. “Like other Japanese cars, it’s a very good bargain for the money."

Zhang selected the model from a group of marques including VW and GM. He and his girlfriend, who often uses the car as a backdrop for social media pictures, liked its shape and colour, paying about 170,000 yuan.

As automakers fight for survival in the era of ride-sharing, autonomous driving and connected cars, gaining China market share is critical for future growth. Automobile sales in the nation accounted for almost 30% of the world’s total and the country was the only one that had an annual tally of more than 20 million units last year. China’s share of global vehicle sales is expected to inch up to about one-third this year, according to IHS Markit.

Bloomberg Intelligence analyst Tatsuo Yoshida says the next 12 months will be critical, adding that Nissan needs to introduce new models at a steady clip. “If Nissan delays even slightly, it will immediately be put in a weaker position," Yoshida said. “Toyota and Honda will constantly introduce new cars."

Liu Song, a showroom manager at Nissan’s Wuhan Kaitai dealership, said that most buyers are retired public servants looking for cars similar to the ones they used during their careers.

“Many customers are coming to buy a second car for their family after the pandemic," said Song, who used to sell cars for Toyota at a dealership in Zhejiang. “Models like the Sylphy and Tiida have never been in short supply before in our store."