Nissan has long resisted Renault's proposals for a full-blown merger as executives felt the French carmaker was not paying its fair share for the engineering work it did in Japan.Both struggling carmakers are set to announce mid-term restructuring plans.
By : Reuters
| Updated on: 26 May 2020, 08:26 AM 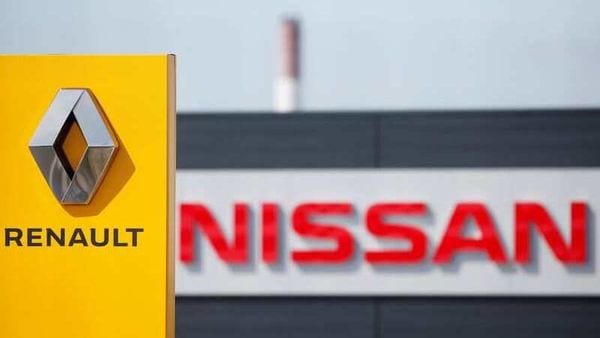 FILE PHOTO: The logos of car manufacturers Renault and Nissan are seen in front of dealerships of the companies in Reims, France,.

Renault and Nissan have shelved plans to push towards the full merger former leader Carlos Ghosn craved and will instead fix their troubled alliance to try to recover from the coronavirus pandemic, five senior sources told Reuters.

Nissan has long resisted Renault's proposals for a full-blown merger as executives felt the French carmaker was not paying its fair share for the engineering work it did in Japan, sowing discord that some feared could wreck the partnership.

Now, with carmakers around the world reeling from the pandemic, the partners are planning to overhaul an alliance that largely failed to convert its global scale into a competitive advantage beyond the joint procurement of parts.

Both struggling carmakers are set to announce mid-term restructuring plans this week that will serve as a peace treaty designed to resolve the long-standing tensions, the five people familiar with the overhaul told Reuters.

"After the rain, the earth hardens," said one senior Nissan source, citing a popular Japanese proverb that means relationships become stronger after a period of strife.

All five sources within the alliance, which also includes Mitsubishi Motors Corp, declined to be named because they are not authorised to speak with media.

Nissan and Renault are each planning substantial restructuring and cost cuts that could affect tens of thousands of jobs, with the Japanese company to announce its measures on May 28 and its French partner likely to follow the next day.

Before that, Mitsubishi, Nissan and Renault are holding a joint news conference on May 27 during which they are expected to outline the philosophy behind their new "leader-follower" approach to the alliance.

However, the crisis at both carmakers has accelerated efforts to resolve the disagreements that have stymied collaboration and cost-sharing in technology and product development for five years, the sources said.

Mitsubishi, Nissan and Renault all declined to comment officially about alliance plans. 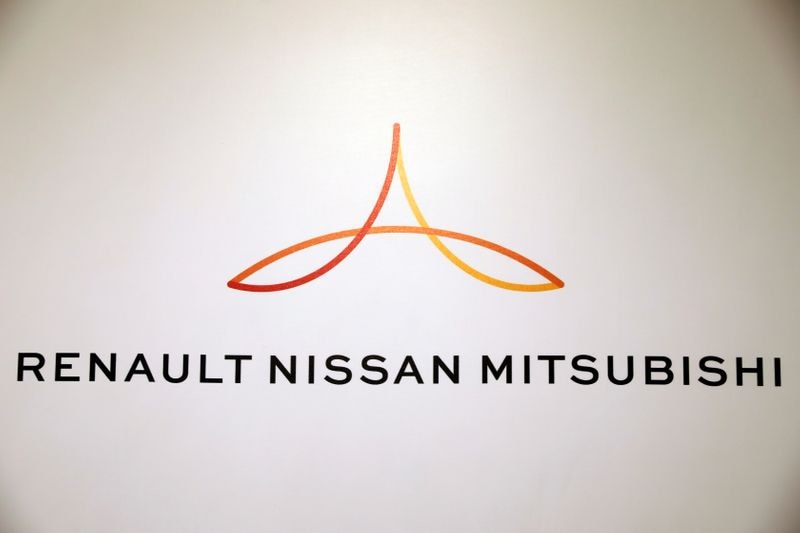 FILE PHOTO: A logo is seen during the inauguration of Renault-Nissan-Mitsubishi's joint innovation lab in Tel Aviv, Israel June 10, 2019. (REUTERS)

The alliance has steadily ramped up output over the years, delivering over 10 million vehicles for the first time in 2017, the first full year after Mitsubishi joined the partnership.

But persistent quibbles over sharing the costs of innovation and new vehicle development soured relations and stalled plans to forge an even tighter alliance.

Nissan executives believe their engineers are substantially more productive than their Renault colleagues and the way the French carmaker proposed to combine technology and product development did not properly account for Nissan's intellectual property, three of the sources said.

"Nissan engineers on average produced 40% more than their Renault counterparts in a given amount of time spent on a job," one insider told Reuters in January.

After his arrest in 2018 in Tokyo on charges of financial misconduct, former alliance head Ghosn said his detention was part of a plot by Nissan executives to bring him down and block any merger.

Earlier this year, relations looked strained to a point where the 21-year alliance was at risk of collapse.

However, the turnaround plans due are now likely to be combined to forge what the sources described as a more equitable way of sharing technology and resources, while preserving the distinctiveness of the alliance brands.

Nissan Chief Operating Officer Ashwani Gupta and Renault Chairman Jean-Dominique Senard are both key advocates of the new approach that they're calling a "leader-follower" system, the sources told Reuters.

The plan is for one company to lead the development of a type of vehicle or technology with the other following, taking a page out of the play-book Gupta used to revive Renault's commercial vehicle business, as well as reinvigorate Nissan's.

When he was in charge of the French business, Nissan used Renault's vehicle architectures as the building blocks for its city delivery vans while Nissan in turn provided the Renault group with technology for pickup trucks.

A test of the new approach could come in a several places around the world, such as how Renault and Nissan work together in Europe and perhaps South America, as well as how Nissan and Mitsubishi cooperate in Southeast Asia and Japan.

Under the new working relationship, Nissan could take the lead in Europe on crossover sport-utility vehicles (SUVs), while operating as a "follower" in commercial vans and small city cars, using versions produced by Renault, the sources said.

Nissan's factory in Sunderland in the United Kingdom is of particular importance, they said.

Renault and Nissan are planning to turn the assembly plant into a hub for sport utility vehicles such as Nissan's Qashqai and Juke, and potentially their Renault counterparts, the Kadjar and Captur. The companies are working on the plans, though it's not clear when a final decision will be made, the sources said. 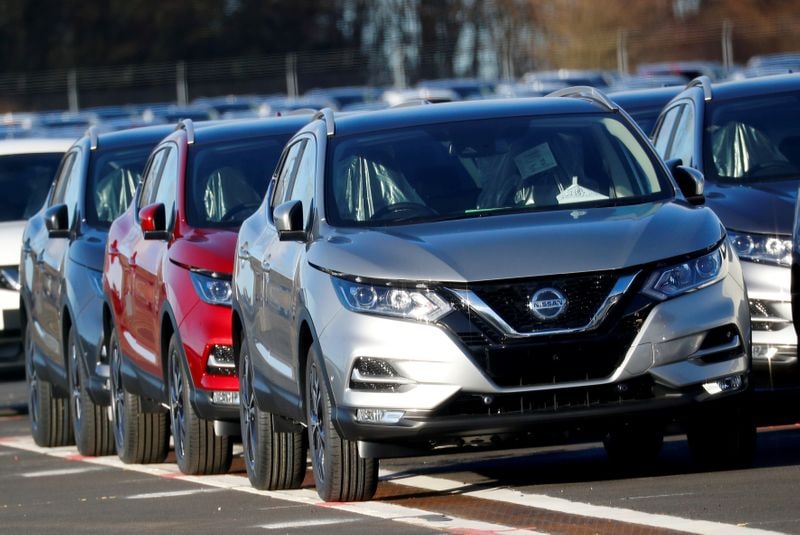 Whether Renault vehicles could be built profitably at the plant is unclear, given the uncertainty over tariffs as Britain leaves the European Union, according to one of the sources.

"It should be a pure economic transaction, but it's also likely a political decision, too," he said.

In the Philippines, Mitsubishi will likely help make cars for Nissan as it already has a plant there while the two will beef up cooperation in Japan's micro mini car business, which makes up about half the country's passenger car market.

The latest effort to salvage the Renault-Nissan alliance comes at a time of rising global economic nationalism and protectionism that represent a risk to the partnership.

But for now, the new approach means the two companies will sideline any discussion of a complete merger, the sources said. Renault owns a 43.4% controlling stake in Nissan, which owns non-voting 15% stake in the French carmaker.

"Will merger talk be revived in the future? No one knows. Everybody has to be prepared for that. But as far as I know, it's not being pursued anymore," said one of the senior alliance sources. "It is totally out of our sight today."