Home Auto News Why Nissan, Renault Need Alliance More Than Ever To Survive The Covid 19 Crisis

Why Nissan, Renault need alliance more than ever to survive the Covid-19 crisis

Given that Nissan is planning to reduce capacity to about 5.4 million vehicles a year from 7 million, one key question is whether Renault will be able to do the same.
By : Bloomberg
| Updated on: 25 May 2020, 08:48 AM 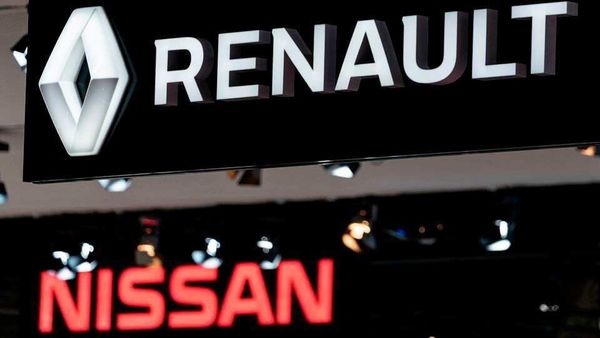 The coronavirus crisis could be the watershed moment for the alliance between Renault, Nissan and Mitsubishi as they prepare deep cost cuts to survive.

The coronavirus pandemic buffeting the auto industry may prove to be a watershed moment for the alliance between Renault SA and Japanese partners Nissan Motor Co. and Mitsubishi Motors Corp. as they prepare deep cost cuts to survive.

The car-making trio is set to unveil on May 27 a series of measures aimed at closer operational integration. These were promised at the start of the year and have been made more urgent by the steep drop in sales and unprecedented production halts rocking the sector.

After coming close to breaking up last year, the partnership could instead be crucial for the companies to get through the global health crisis. With Nissan and Renault also scheduled to detail their own measures on two subsequent days, they will at least have the opportunity to show progress in moving beyond last year’s management paralysis and infighting to try to reap some benefit from their decades-old partnership.

“The alliance model is incomplete, very fragile and inefficient because the companies just don’t collaborate enough," said Jean-Louis Sempe, an auto industry analyst with Invest Securities SA in Paris. “The market doesn’t understand how it works."

Tetsuji Inoue, a spokesman for Tokyo-based Mitsubishi Motors, declined to comment. A representative for Nissan wasn’t immediately able to comment.

“We reiterate that the Alliance is essential for strategic growth and enhance competitiveness for each company," a representative for Renault said.

Even before the virus outbreak, the companies were struggling to right the partnership and turn around slumping sales and profitability. At the end of April, Nissan warned of losses for the fiscal year that ended March and delayed its earnings announcement, which will now be released on May 28, the same day as a promised restructuring plan. The Japanese automaker has been in turmoil since the November 2018 arrest of former Chairman Carlos Ghosn, with an aging car lineup and management upheaval.

“The more they focus on the alliance, the harder it is see through necessary restructuring measures," said Seiji Sugiura, an analyst at Tokai Tokyo Research Center. “At the same time they need to use the alliance. It’s a dilemma."

This week’s events are critical for Renault, according to Sempe, with European car sales dropping 78% in April and the automaker turning to the French government for 5 billion euros in loan guarantees to bolster reserves.

The timing for Renault is delicate because CEO-designate Luca de Meo will only officially take the helm July 1, a months-long delay following Thierry Bollore’s acrimonious ouster in October that left finance chief Clotilde Delbos in charge along with Chairman Jean-Dominique Senard.

Delbos has promised 2 billion euros in cost-savings over three years, yet after Renault burned through 5 billion euros in the first quarter, pressure has increased for a detailed revamp even before De Meo arrives. Having already acknowledged the company doesn’t have the luxury to wait, she also pledged no taboos in exploring avenues for reductions. Renault’s plan would involve closing four sites in France, including the Flins plant, French newspaper Le Canard Enchaine reported Wednesday.

“If the restructuring doesn’t include plant closures then there could be some disappointment," Sempe said. “On the other hand, Renault can’t ask for 5 billion euros from France and then turn around and shut a factory."Delbos has said there are “no strings attached" to the state-backed loan, and that the company’s global industrial footprint, policy on sub-contractors and non-core assets would be reviewed to lower the break-even point.

Yet for the French government, which owns a 15% stake and has representatives on the board, there may very well be limits. Finance Minister Bruno Le Maire has promised a support plan for the industry that would include measures to boost purchases of new electric and lower-emissions vehicles, while at the same time urging companies to bring manufacturing back to Europe.

“I’m not worried about French plants," said Franck Daout, a spokesman for the CFDT union at Renault. He predicted the company may cut back on models, reduce engineering and development costs and halt some projects that could be taken up by partners.

A so-called leader-follower strategy announced by the alliance in January is aimed at divvying up technologies, platforms and powertrains, possibly using one team for all three companies. Geographically, Nissan will take the lead in China, Renault in Europe and Mitsubishi in Southeast Asia. The French carmaker has since pulled back from China, and Nissan looks set to downsize its footprint in Europe.

For Mitsubishi Motors, the sometimes-forgotten member of the alliance, the benefits have been clear, according to CEO Takao Kato. Collaboration on small cars has yielded benefits and Nissan’s autonomous vehicle technology are criticall important, he said at an earnings briefing on May 19. “The merits of using the alliance are very large."

Next week’s response to the pandemic will bring home just how much dimmer Renault’s prospects have grown since Ghosn unveiled with great fanfare in 2017 a six-year plan for ambitious growth and expansion, especially in China. Renault is nowhere near achieving the goals on sales, deliveries and margins.

Part of the French automaker’s problems are also rooted in 43%-owned Nissan, which is planning to cut about 300 billion yen ($2.8 billion) in annual fixed costs and book restructuring charges as the virus outbreak further depresses the carmaker’s sales. The Yokohama-based company will also retire the Datsun brand and shut down one production line in addition to the recently closed operation in Indonesia.

Given that Nissan is planning to reduce capacity to about 5.4 million vehicles a year from 7 million, one key question is whether Renault will be able to do the same, given the pressure it faces not to cut jobs, especially in the current environment of economically damaging shutdowns.

“If after 20 years this is all they have to show for the alliance, it’s proof that the partnership isn’t really effective," Sugiura said.