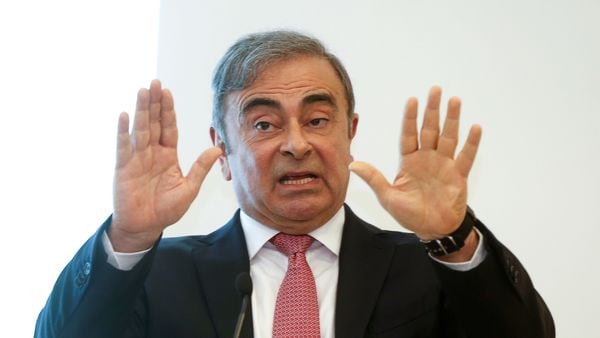 Lawyers for Carlos Ghosn on Friday delayed a lawsuit seeking a hefty retirement payout from his former employer Renault, saying the French carmaker had not given them enough time to prepare arguments.

The court in Boulogne-Billancourt, near Renault's headquarters outside Paris, granted the request for more time, setting a new hearing date for April 17.

"We received Renault's arguments only on Monday, and having just four days to respond to 20 pages of arguments is clearly not enough," Ghosn's lawyer Laetitia Ternisien told reporters after the hearing.

Ghosn is seeking a 250,000 ($270,000) retirement payout, which Renault refuses to pay because it says the former CEO was forced to quit after his shock November 2018 arrest in Japan on charges of financial misconduct.

The former industry titan claims he retired in due form on his own accord.

He also seeks a much bigger prize -- a supplementary pension of 774,774 euros per year for the rest of his life, as well as 380,000 shares granted for reaching performance targets.

At current prices, that stock grant would be worth over 12 million euros.

Meanwhile, Ghosn also faces a French inquiry over two parties he threw at the Palace of Versailles, including his opulent 2016 wedding, allegedly financed in part by Renault funds.

He is also being investigated by France's tax fraud office over suspicious financial transactions between Renault and its distributor in the Gulf state of Oman, and over contracts signed by Renault and Nissan's Dutch subsidiary RNBV.

In Japan, he still faces multiple charges claiming he under-reported millions of dollars in salary as chairman of Renault's alliance partner Nissan.

He has denied all the charges, but fled to his native Lebanon late last year before he could face trial.