New Audi strategy aims to speed up electric goals; to phase out ICEs by 2033

Audi announced Vorsprung 2030 strategy recently that will stress on the brand's electrification goals. Audi is also gearing up to unveil its upcoming electric concept car, Grandsphere on September 2.
By : HT Auto Desk
| Updated on: 27 Aug 2021, 12:14 PM 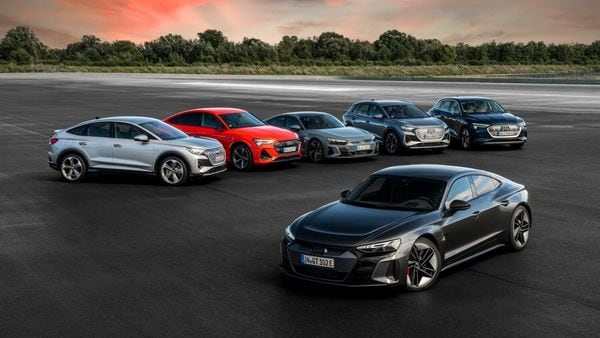 Audi made some massive investments coming to its electrification goal.

With the launch of the Vorsprung 2030 strategy, Audi takes one more step to concrete its position in the inevitable electric future. This strategy has been created to accelerate Audi's electric transformation. Recently, the automaker also announced that from 2026, it will only launch models with electric drive systems at a global scale. Audi also aims to phase out internal combustion engines between now and 2033.

Audi CEO Markus Duesmann shared that the company is focusing on zero-emission technology not just for the sake of it, but to make it more consequential in terms of keeping the wheel of the world running. “ ‘Vorsprung durch Technik’ remains necessary because we can only solve many of the world’s major problems, such as carbon emissions and global warming, through the use of clean technologies," he added.

The German automaker and a subsidiary of Volkswagen Group, Audi announced a significant investment in 2018 to begin its transition towards electrification. By the end of 2019, the automaker invested $12 billion to speed the process of making its vehicles electric. With its e-tron EV that has gained a loyal following, Audi is now venturing into the creation of concept electric cars which can give its followers a glimpse of the major plans it has up its sleeves.

Audi recently unveiled its Skysphere concept and now is gearing up to unveil the next electric concept car called Grandsphere on September 2. These are among the three concept electric vehicles that Audi has planned to showcase. The automaker has teased the EV on its social media page and it looks as much futuristic as possible. The concept electric sedan will feature swooping lines on the exterior and a flat face with a large signature Audi grille. The teasers have given an idea that the concept EV will come with rear-opening doors creating a pillarless entry into it. It has been designed with a Level 4 autonomous system and it will also feature a steering wheel for manual control.