MG Motor sees sustained demand momentum and predicts sales to pick up significantly in the second half of this year as the semiconductor shortage issue could be resolved by then.
By : HT Auto Desk
| Updated on: 01 Feb 2022, 06:04 PM 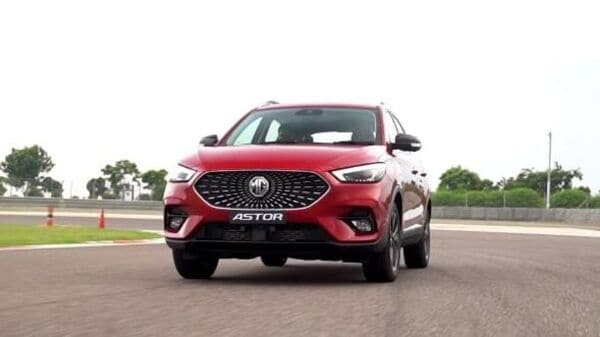 MG Motor India drove in Astor SUV in the country in 2021.

MG Motor India on Tuesday announced it had sold 4,306 units in the month of January, a 20% growth in sales when compared to sales figures in the first month of 2021. This is also a 69% growth over sales figures from December of last year.

While continuing to underline the challenges faced due to the global semiconductor shortage, MG Motor informed in a press statement that the sustained demand momentum is a clear sign that the situation is likely to improve in the second half of this year. The carmaker also credited a strong response towards Astor, launched last year, as one of the reasons for its showing this past month.

MG Motor India had made its debut here in 2019 and currently offers models like Hector, Gloster and ZS EV, apart from Astor. The ZS EV is the only fully-battery powered option in the current lineup and it completed two years in the Indian market recently with around 4,000 customers. But all eyes now would be peeled for a more affordable electric vehicle (EV) from MG that has been confirmed by the car maker for this year. This EV could be priced between ₹10 lakh and ₹15 lakh and would rival Tata Nexon.

The company is also reportedly planning to launch a facelift version of the ZS EV this month. Reports suggest that the 2022 ZS EV could pack a 50kWh battery pack to offer a range that is close to the 500 kms mark.

But the main thrust in sales for MG Motor in India would still be on the shoulders of products like Hector, Gloster and now the Astor. The three SUVs are at different price points but feature-packed cabin and decent styling are two factors that have made each reasonably popular among buyers.