Mercedes-Benz to start electric van production in US in 2023

The commercial-van unit of Daimler AG will build the next-generation eSprinter at its plant north of Charleston, South Carolina.Electric delivery vans will sell at a rate of about 190,000 a year globally by 2030, according to a forecast from Guidehouse Insights.
By :
| Updated on: 31 Mar 2021, 01:47 PM 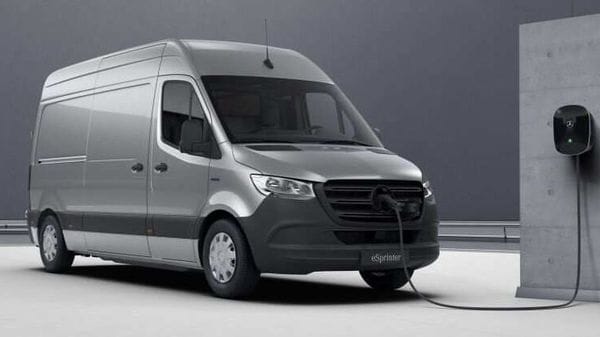 Mercedes-Benz is bringing production of its new electric delivery van to the US in the second half of 2023, joining a herd of automakers seeking to capitalize on the greening of e-commerce.

The commercial-van unit of Daimler AG will build the next-generation eSprinter at its plant north of Charleston, South Carolina, alongside a combustion-engine version of the van, Mercedes said Tuesday in a statement. It’s spending about 350 million euros ($410 million) to convert three plants -- the one in South Carolina and two in Germany -- to make the new vehicle.

Amazon.com Inc. helped spark demand for electric commercial vehicles in 2019 when it ordered 100,000 vans from Rivian Automotive Inc. Amazon, which is a Rivian shareholder, also bought 1,800 eSprinter vans from Mercedes last year for use in European markets.

Electric delivery vans will sell at a rate of about 190,000 a year globally by 2030, according to a forecast from Guidehouse Insights. Electric trucks of all kinds, including work vehicles and garbage trucks, will be 600,000 a year.

Mercedes’s announcement comes a day before President Joe Biden is set to unveil an expansion of government spending, which may include infrastructure investments to combat climate change and support electrification.

The eSprinter is based on a modular platform that can be used for a larger variety of body types than the current model, Mercedes has said.

The German automaker will have plenty of competition in the electric-van market. Ford Motor Co., the largest commercial-vehicle maker in the US, says it will start selling its E-Transit van later this year. General Motors Co. has said it will launch a new unit called BrightDrop, with plans to sell an EV600 van that can go 250 miles on a charge.

There are also cash-rich startups thanks to the boom in blank-check companies. U.K. upstart Arrival plans to open a second plant in the US to make delivery vans for United Parcel Service Inc., while Electric Last Mile Solutions has confirmed plans to build plug-in vans in a former Hummer factory in Indiana this fall. And Lordstown Motors Corp. has announced a battery-powered van for 2022.