Rivian is seen as a potential automotive disruptor akin to Tesla Inc., the world’s largest maker of purely battery-powered vehicles.The company has an order for 100,000 electric delivery vans from Amazon, which has invested in the company.
By : Bloomberg
| Updated on: 11 Feb 2021, 04:40 PM 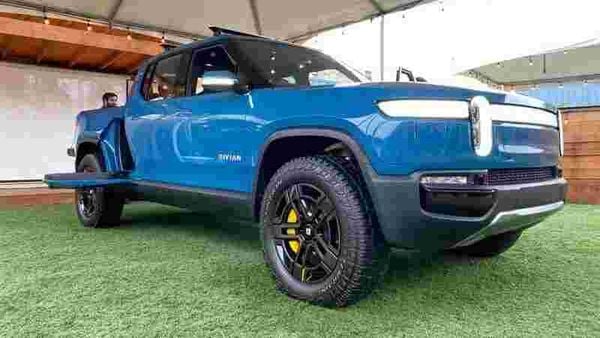 Rivian Automotive Inc., the electric-vehicle maker backed by Amazon.com Inc., is scouting locations in Europe to build a new factory, according to people familiar with the matter.

The site likely would first produce a delivery van for Amazon and soon after build Rivian models for consumers, the people said. While no site has been selected yet, several countries are under consideration, including the U.K., Germany and Hungary, said the people, who asked not to be named discussing private information. Other sites outside the European Union also are under consideration.

Rivian has hired the commercial real estate services firm JLL for the search. The carmaker hopes to start van production as soon as next year, some of the people said. It also has solicited pitches from real-estate advisers for retail space in Europe where it will exhibit its vehicles.

Representatives for Rivian, Amazon and JLL declined to comment.

Rivian is seen as a potential automotive disruptor akin to Tesla Inc., the world’s largest maker of purely battery-powered vehicles. The Irvine, California-based company is due to start production and US deliveries of a pickup model in June, followed by an SUV in August. Bloomberg News reported Tuesday that it’s looking to go public as soon as September, potentially at a valuation of more than $50 billion.

Rivian has an order for 100,000 electric delivery vans from Amazon, which has invested in the company. Amazon has said it expects 10,000 of the vans to be on roads making deliveries globally by 2022, and the rest of the order is due by the end of the decade. Production of the vans is expected to start at Rivian’s plant in Normal, Illinois, by the fourth quarter.

Electric vehicles are a cornerstone of Amazon’s goal to deliver half its shipments without producing greenhouse gas emissions by 2030. It has bought tens of thousands of conventionally fueled vans in recent years and is increasingly delivering packages using bespoke contractors in Amazon-branded vehicles instead of relying on partners such as United Parcel Service Inc.

Three variants of the Rivian-built van are planned with different cab styles and sizes tailored to different types of cargo. The vans will be capable of driving around 150 miles (241 kilometers) between charges.

Rivian has raised more than $8 billion to date from high-profile companies and investors including Amazon, Ford Motor Co., T. Rowe Price and BlackRock. The carmaker was valued at $27.6 billion in its latest round, a person familiar with the matter said last month. It has more than 3,600 employees across sites in Michigan, California and the plant in Illinois, which was formerly owned by Mitsubishi Motors Corp.

The startup was founded in 2009 by R.J. Scaringe, a Massachusetts Institute of Technology graduate with a doctorate in mechanical engineering who is chief executive officer.