Mercedes-Benz had filed the first patent for the tri-star on November 5, 1921 and is still recognized by the iconic logo.Mercedes parent Daimler had also filed the patent for a four-pointed star which was used only later in 1989 by the company which is now known as Daimler-Benz Aerospace.
By : HT Auto Desk
| Updated on: 06 Nov 2021, 01:32 PM 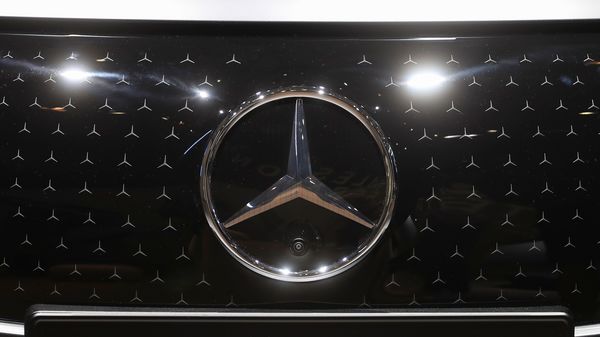 The three-pointed star with a ring around it has become the identity of Mercedes-Benz and the company is now celebrating 100 years of its birth. The company had filed the first patent for the tri-star on November 5, 1921 and is still recognized by the iconic logo.

Though there have been slight variations over the century, the key element of the logo - the three-pointed star and a ring around it - are still there. The three-pointed star, however, traces its history back to 1909, even when we didn't know the brand ‘Mercedes-Benz’ as it is known today.

Back then, Daimler, and Benz & Cie were still independent competitors, when Benz & Cie applied for its own patent for a logo - ‘Benz’ lettering framed by a laurel wreath, on August 6, 1909.  The wreath replaced a cogwheel and signified its many motorsports victories. During the same year, on June 24, 1909, Daimler had applied for the patent for the three-pointed star but without a ring surrounding it.

Later, the two companies merged in 1924, and both their logos were combined to feature the laurel surrounding the three-pointed star. It later came to look like the current iconic logo where the tri-star is surrounded by a ring. Following the merger, Daimler chose to use the name Mercedes, which was first adopted by an Austrian businessman and investor Emil Jellinek, who used to race Daimler vehicles under the name.

Mercedes-Benz's three-pointed star symbolizes its goal of motorizing land, sea, and air vehicles. Notably, Daimler had also filed the patent for a four-pointed star but chose not to use it until 1989. That year, a new company, called DaimlerChrysler Aerospace, was founded, and to mark the additional area of motorization, Daimler used the four-pointed star as its logo. The company is now known as Daimler-Benz Aerospace.