Home Auto News Mercedes Sued By Vancouver Couple For A $160,000 Car They're Too Afraid To Drive

Mercedes sued by Vancouver couple for a $160,000 car they're too afraid to drive

The couple drove their Mercedes S-Class sedan for about 6,500 kilometres before the first issue with its steering wheel occurred.The sedan has been sitting in the parking area since April 2018.
By : HT Auto Desk
| Updated on: 12 Jan 2021, 03:04 PM 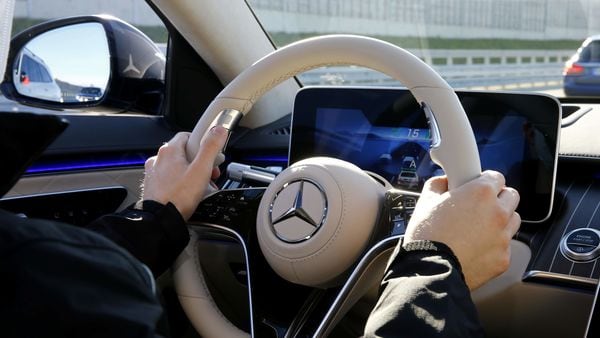 A couple from Vancouver, Canada has filed a case against Mercedes-Benz over the S-Class they own, alleging that the steering of the sedan seized up on multiple occasions before it turned even a year old.

Datong Yang and Guifang Huo had purchased a brand new Mercedes-Benz S-Class for $160,000 in 2017. The couple drove the car for about 6,500 kilometres before the first issue with the steering wheel of the car occurred, as per a report in the Vancouver Sun. After more such incidents occurred, the sedan has only been sitting in the parking area since April 2018. The couple is now too scared to drive it. "I drive on the highway all the time and it could be life-threatening," Yang was quoted as saying.

The couple also consulted the Mercedes-Benz dealer in Richmond who allegedly said that it could not find any defect in the sedan's steering wheel. The documents submitted by the couple in the court claim that the dealer failed to adequately repair the vehicle, as per the news report.

Though the S-Class hasn't been on a recall list anywhere in Canada, Mercedes did recall a number of vehicles in the US for issues with the steering wheel, including the S-Class models built between 2015 and 2019, as per cars.com. It is mentioned that a transistor in the steering system has a chance of overheating, thus resulting in a loss of power steering.

The couple had filed a lawsuit in early 2019 against Mercedes-Benz Canada for unspecified damages, including for loss of enjoyment of the vehicle. However, the case is yet to go to trial.

On contacting the Mercedes headquarters in Germany, the couple was told to get the vehicle recalled and repaired. But “Mercedes-Benz has continued to shirk responsibility, to delay everything and deny everything," Yang was quoted as saying.

The couple, however, is determined to get the vehicle repaired and fight the case against Mercedes for the safety of their family as well as others on the roads. They also wish to set a good example.